no offense, and I will try to state it as mildly as possible, but I don’t care about EV opinions from anyone living in California. You guys seem to live in your own la-la land fueled by government sponsorship which then immediately gets negated by the completely outrageous taxation and cost of living.

I invite you to take a look at PlugShare and put in your ZIP Code and see what’s in your neighborhood.

I don’t need them to be in my neighborhood, I can charge at home (unlike millions of people who can’t), but I did check and there aren’t that many and the ones that are there seem to be in dealerships. There are giant spaces in the country where there is nothing at all. Also that map seems a little misleading as it lists private complexes, or at least so it seems at a glance

In a few years time, ranges will be much greater and charging time will be greatly reduced.

Great. That’s exactly when it will make sense, no reason for me to waste time and energy (haha) on it now. 10-15 years ago (don’t remember exactly) one of my friends was all about solar panels. The solar panels now are way better than his, the savings in electricity is nowhere near what he thought, because you know, NJ and the house is not turned exactly like it needs to be, but he has the badge of being an “early adopter”.

I’m all for other people being beta testers for EVs, killing themselves to test driving aids, etc. I’ll wait for production grade models.

Enjoy your vacations, and I’ll enjoy my road tripping experience

Looking at the map the chargers exist where tourists go. I hate tourists, I want to go where locals go, screw the tourist traps. The best foods I’ve had, the coolest sites I’ve visited, and the weirdest people I’ve met were not on any map or tour guide. Noone puts chargers there unfortunately. The one place where this kind of backfired was Oahu though. Winding up in an area covered in posters of “kill all tourists” and similar, in a bright red wrangler was a bit scary

If it makes you feel better, staten island is a dump (and I have good friends still living there, and they agree with that assessment even while living there), jersey shore is a cesspool (that can’t even be debated, that’s just an axiom of existence), and I stand by what I said about California in general. I’m a big fan of an idea of selling California to Mexico or pretty much anyone who wants the headache (and no, I’m not a member of the party that you just thought I am). You being offended has no relevance to me whatsoever.

They’ll probably delete my posts soon enough, everything I say is considered an assault on someone’s sensibilities. I’m kind of surprised Ursus didn’t materialize yet, I’m sure he’ll be along soon enough

I just thought that the terse “thanks for the opportunity” from the sales guy to end the negotiation was funny.

Why is that funny? It was a very professional F U, and much better than some other dealer responses we’ve seen around here.

If you thought that was amusing, do I have a video for you 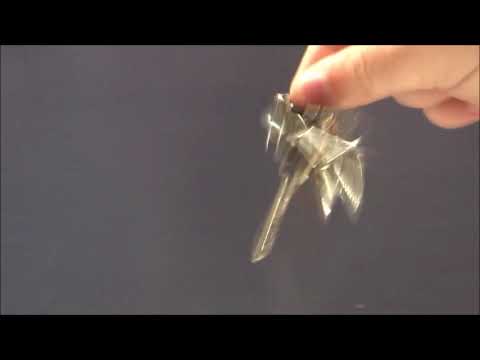 That makes me feel… oh wait it doesn’t.

Also, you sir are a liar. There are at least 2 posts that you liked:

Are too many newbies expecting a unicorn-type deal? Off-Ramp

He did his homework, 20% off from a loaner in 2020, rebates from all sources whether qualifying or not. Last month’s MF. He clearly waiting for all of these things to exist at some point. It’s not his fault as a consumer that you are not competent enough as a seller to combine all of these clearly possible things into a deal now.

Pallisade/Telluride vs the world Off-Ramp

And we are back to folding mirror conversation now :). You will dismiss every suv in existence for surround view camera? Then yes hyundai is truly the brand for you. You could have also used the restarted side view with blinker to disqualify everything. You drive one of those don’t you?

You may go an remove the likes to make your current statement true.

Here we go again… why is this guy still here?

Why are you still here? I POLITELY asked him why is this funny, he decided to be a dick.

For the record, Funniest/most ridiculous dealer replies you've ever gotten - #565 by john6866 same question from another user, why don’t you jump down their throat as well.

And why did ignore expire and I see your posts again? Need to set it for longer this time.

I’m kind of surprised Ursus didn’t materialize yet, I’m sure he’ll be along soon enough

There are at least 2 posts that you liked:

Actually, you liked a lot more of my posts

I was talking to chris, not you. You seem to have a bigger problem with me than I do with you.

Huh? I quoted your response to Chris since it is exactly what you implied about me: you called him a liar for liking your posts. So, I turned the tables on you.
It seems that everyone here has a problem with you, btw.

I see, reading comprehension is not very strong here. Let’s break this down:

Chris: I haven’t found a single post you’ve made on LH amusing FWIW.
njc: There are at least 2 posts that you liked:

So as “witty” as you think you are by “turning the tables on me”, it’s actually not. Does this help clarify it for you, or do I need to break this down into further and simpler components?

It seems that everyone here has a problem with you, btw.

If only I cared what people think of me

Because I’m not some internet police? You seem to think the extreme of everything lol. So it’s solely because I don’t like your shitty attitude and overall personality towards everyone—the way you speak isn’t polite, if that’s what you think is politely asking then sheesh

I jump down your throat because you do the same to everyone here and stick your ugly opinion on everyone and expect them to have the same views. The consensus still holds true you’re a douche and no one cares about your posts here so why even post anymore lol.

But please keep talking down to people and patronizing them, I’m sure that’s considered “polite” to you too lol

Hi, Sent you an email.

Interior (Brown/Black/White)
Zip code: 30097
Miles needed: 10000
MSDs or no MSDs: No MSDs
Audi Loyalty (for pull ahead): Not Applicable
Need the Lease By: ASAP, deadline by end of April;
Costco member: Yes

Emailed with above inquiry, Thanks!