The Sad State of Nissan

Nissan used to be a good brand. The Pathfinder and Xterra had legitimate off-road chops with loyal followings. The Maxima was a perfectly nice sedan and was fun to drive.

What they did to the Pathfinder over the past 15 years is particularly egregious. They turned it into the most boring “suv” on the road with absolutely zero character.

Given a chance to fix it with a complete redesign they “sort of” improved it. Still boring. Looks a little better.

Nissan has hands-down the worst dealership experience in the industry. Stale showrooms with salespeople with absolutely no knowledge of what they are selling. Market adjustments on substandard vehicles, completely tone deaf. Could have at least saw an opportunity in this climate to steal some market share from Toyota and Honda.

Toyota and Honda dealerships are no treats themselves, but at least they sell reliable vehicles.

I don’t know why I even care. It just amazes me how bad Nissan is from top to bottom. Completely out of touch.

Absolutely true. I’ll be the first to say the 4th and 5th gen Maxima’s were an absolute blast, especially with a stick…I still have a soft spot for them. Today, there isn’t a single car in the Nissan lineup that I can say that about.

A few years ago I read a great article that opinionated a slew of reasons for Nissan’s demise. While some of it was attributed to the product itself (CVT for example), the majority of it was claimed to be from marketing, management, and struggling sales networks.

What gets worse is when you bring Infiniti into the mix. They had such an unbelievable opportunity when they launched the G35 and started to finally gain traction in that market segment, only to shortly thereafter take a complete nosedive.

Nowadays near every Altima and Maxima you see is tinted out and weaving through traffic. If not, they’re driven by the worst, most disassociated, least aware drivers you’ll ever see. Nissan seems to now attract the bottom end clientele where it used to be the opposite, and that is nothing more than a byproduct of their strategy.

It’s almost like Nissan is fighting for the crumbs instead of going after the cake.

I’ll see if I can find the article. Well worth the read.

Yes please post if you find it. Toyota has the boring Highlander but had the smarts to keep the 4Runner around. Nissan turned the awesome Pathfinder into a boring unibody, ugly as sin, and also added the Murano?? Why? If they would have brought the redesigned Pathfinder back to its roots as a midsized body on frame, nice and boxy, they would have had 2 years to eat the 4Runners lunch.

They have an opportunity with the new Z which seems promising from preliminary reports. With the GTR ending its run it’ll be interesting to see where Nissan goes next.

They turned it into the most boring “suv” on the road with absolutely zero character.

While depressing, this isn’t novel.

It’s the only path to volume in the U.S. I guess, but how did Toyota manage to keep the 4Runner around then? Couldn’t Nissan have let the Murano be the boring SUV while the Pathfinder remained the body on frame vehicle with balls?

After owning a Prius (TO BE CLEAR: ACQUIRED BY MARRIAGE) and an RX350, I can’t even explain why Toyota is still in business. 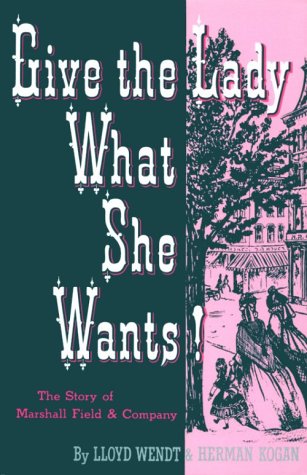 Show Us Your Rental Car Off-Ramp

I left the car unlocked in the hotel parking lot all night, and thankfully no one stole the cargo mat. I did find the culprit the next morning. The hatch door wasn’t closed properly, which was obvious when I went to open it again. After opening/slamming it shut three times I was able to get the hatch closed properly, and then I was able to lock the car. This theme continues. With normal effort, the driver’s door refused to close all the way about 75% of the time. This is at the gas statio…

Concur about Nissan, but also about Toyota being just as bad. Compared to pretty much any car in the Honda lineup, they are just on another planet of terrible.

I don’t know why I even care. It just amazes me how bad Nissan is from top to bottom. Completely out of touch.

Same goes for Infiniti - it’s almost unbelievable that this was the same brand that once redefined the modern sport sedan (G35) and introduced the first desirable crossover (FX).

Nissan has taken up pre-'08 GM’s sad position as the brand you desperately try to avoid at the airport rental lot. Even Charles Ghosn had to literally escape the company

OP - have you been inside a new pathfinder, rogue, sentra or altima? They are LIGHT YEARS nicer than anything toyota, honda or mazda have to offer in the same category. All you hear about nissans is “CVT!!!”, but Toyota and Honda also use CVTs. The rest of the lineup is an absolute joke, though.

Test drove the new Pathfinder twice. Completely boring. Incandescent interior lights, on a brand new redesign?? Symptomatic of their entire approach. Why couldn’t they at least make it look cool? Even the Mitsubishi Outlander sort of looks cool.

Why couldn’t they at least make it look cool?

Because it’s a 3 row SUV designed to take soccer moms from Shop Rite to pick up their kids from school? Many of whom haven’t been touched since the Bush administration.

There is absolutely a market out there for body on frame mid size SUV. They could take everyone paying markups on Tahoes and people that don’t want to buy 4Runners with 10 year old Tech. Steal market share. Get their balls back. But no, minor improvements, completely stale.

Nissan CVTs are the absolute worst. I’d take a Toyota/Honda/Hyundai cvt over it any day. Absolute worst transmission programming.

The FX had such a cool look

Nissan CVTs are the absolute worst. I’d take a Toyota/Honda/Hyundai cvt over it any day. Absolute worst transmission programming.

Their CVTs were never good but I think a bit part of the problem was paring them with engines that lacked sufficient HP/torque. I rented a few Maximas during the bad CVT time frame and they weren’t bad with the big 300hp V6 up front.

Whereas, the Rogue or Altima were just atrocious. Felt like they had 50% of their actual power numbers.

OP - have you been inside a new pathfinder, rogue, sentra or altima? They are LIGHT YEARS nicer than anything toyota, honda or mazda have to offer in the same category.

I don’t think the Altima or Sentra are much ahead of the Accord or new Civic. CR-V and Pilot yes, both need a next generation update.

Bring back this man… Bring him back? He’s the mother of all beancounters. He’s precisely the reason all Nissans under his reign were costcut to death.

The Nissan products developed after him are so much better.