Tesla and GM are set to regain access to tax credit worth $7,000 on 400,000 more electric cars in the US with new proposed reform of the federal EV incentive program. EV federal tax credit The federal government in the US has a tax program that...

The provision expands the qualified plug-in electric drive motor vehicle credit under Section 30D to apply a new transition period for vehicle sales of a manufacturer between 200,000 and 600,000 electric vehicles (EVs), under which the credit is reduced by $500. The provision replaces the current phaseout period (which begins at 200,000 vehicles) with a phaseout period that instead begins during the second calendar quarter after the 600,000-vehicle threshold is reached. At the start of the new phaseout period, the credit is reduced by 50% for one quarter and terminates thereafter. For manufacturers that pass the 200,000-vehicle threshold before the enactment of this bill, the number of vehicles sold in between 200,000 and those sold on the date of enactment are excluded to determine when the 600,000-vehicle threshold is reached.

But tesla can sell every car they make and have a wait list. What’s the point of these incentives for them? Oh right the stock stopped moving up and needs a new catalyst.

8 posts were merged into an existing topic: Off Topic Landfill 4

Let’s not make this thread any more political than it needs to be.

Elon’s true genius is understanding buzzy and techy growth industries with absolutely massive government subsidy. Who needs customers when you have Uncle Sam?!

Selling more Bolts won’t move the needle on their stock price; OTOH a few quarters or years of cash flow below expectations could impact a stock trading on expectations

I have now benefitted from this on two vehicles and about to on a third. It’s pretty dang silly. I won’t give away “free money”, but these credits go to disproportionately wealthy (as in I make more than median is all I’m saying) people. Does somebody spending $80k on a tesla really need $7k from tax payers? And it’s not like tesla needs it, with its valuation now more than every other car company combined.

I know the various arguments about promoting EV, etc. It just seems a bit much to me.

All this said, though, this should make Chevy bolts just about bloody free for all of us.

My big question is: Can the GOP use the filibuster for this or not? I think they can and they will…

I consider myself a moderate and there should be some sort of price cap on the MSRP. Median car price ($37K) + rebate amount ($7K+state) = call it $45-50K? Phase out starts after that?

I agree, but it should be higher, as electric cars are a newish technology. When a Chevy bolt (even though it’s heavily subsidized) is at 40k, when a similar sized car in the class might be a fraction of that.

I get the desire to promote EVs but this is a textbook example of wasting taxpayer money while there are tons of other ways to promote clean energy. Tesla can sell every car they build profitably by increasing prices. They are already profitable by selling clean energy credits to other manufacturers which is another form of government subsidy. I am saying this as someone who can take advantage of this offer but I am not a greedy person .

My big question is: Can the GOP use the filibuster for this or not? I think they can and they will…

You are forgetting that as soon as other manufacturers start amking more and more EVs Tesla’s selling credits is going to dry up very fast, which is going to puncture a big hole in them pretending to be profitable. Aside from the fact that the clean energy credits are a scam to begin with to make people feel better - the polution caused the company buying the credits is still there, so end of days scenario is not really being pushed back. It just becomes the cost of doing business that gets passed down to consumers anyways. 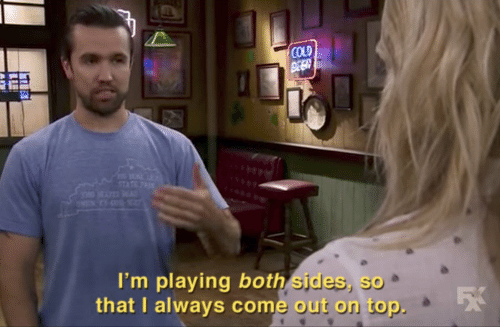 It’s always best to buy your Congressmen in pairs.

Would a $31k base Model 3 even have any competitors? The base models of the Bolt, Leaf+, Kona, Niro, and the upcoming ID4 all compete range-wise, but falls short on almost everything else. I hope they extend the credits indefinitely so the car manufacturers will actually start producing descent EVs. Or get rid of them altogether. Get rid of clean energy credits too, whatever. No car manufacturer is even coming close. Only if they would lease better.

It would be the deal of the century for sure. It would also obliterate the value of my 2019 Model 3

@ethanrs will be giving away Bolts with some bonus cash in the glove.

he base models of the Bolt, Leaf+, Kona, Niro, and the upcoming ID4 all compete range-wise, but falls short on almost everything else.

I haven’t been in any of these, but I’ve been in a model 3 and Y and considering how overhyped I find both of them I’m curious where the others fall short? I mean ID4 hasn’t even shown up anywhere yet.

I can’t find it, but it was one of those multi-point star graphs that was comparing all the under-50k EVs, and Tesla came out on top for all but one. I think the categories were power, distance, efficiency, cargo space, charging time, price, and maybe one or two other things. It was comparing the long-range Model 3 obviously, which is still under $50k. I’ve test driven a Bolt and a Kona. I’ve ridden in a Leaf. I’m actually heading out to test drive a Model Y, like right now, 5pm appointment.