Lol…looks like i’m the only one on here that likes this Porsche offering. Maybe some of you were expecting too much…let’s not forget this is their first ev…and it’s not like the other manufacturers did any better compared to what Tesla has on the market.

While I’m not terribly impressed by the Taycan’s pricing, I’m almost certain that Audi’s e-tron GT will be much more cost effective. That being said, the Taycan in Turbo/Turbo S guise is in line with their price range of turbo and turbo S models (911/panamera), so I’m not sure what people were expecting.

I started watching this in my hotel room this morning. The flowery, verbose opening caused me to get distracted and I never ended up looking at the rest of the video.

@Mark.ca, I agree with you. It looks great inside and out, and initial reviews are positive. Fully Charged did good one a few weeks back. I’m looking forward to the age of electric vehicles that are not only fast in a straight line, but, fast around corners too. I think that’s what the Taycan is here to do.

Prices are high, but when has Porsche ever sold a value friendly vehicle?

Watched the launch live and with all of the audio issues, the event was a debacle. Lol, no shit with that chart.

Model 3 came online and the S is probably due for a refresh. Can probably trace that same demand curve for just about every product as it goes through it’s arc of launch, ramping, and then demand falloff.

No word of S refresh, in fact Musk shot down the rumors. They probably don’t have money to invest on it. It does not look dated when you look at it objectively but people probably don’t want to buy 8 year old design…

Nothing wrong with eight year designs. Brands like Volvo used to do it with their 240 or 740 models and one would argue that their brand was at their best back then with the 240 being their most reliable and recognized model

They probably don’t have money to invest on it.

Or they wised up and are keeping their mouth shut for once. What good will it do to your present sales to tell your potential customers that a much better car is coming?

Anyway, back to Porsche…rumor is Cayman is next.

Or they wised up and are keeping their mouth shut for once. What good will it do to your present sales to tell your potential customers that a much better car is coming?

“Better car” may not be the best way to describe it with the way Tesla is doing things. Frequent over the air software updates improved S quiet a bit in its current body. Potential customers will seek for a different “design” though. I suspect it will drive and work just the same.

As expected, the Taycan (pronounced tie-con) launch has driven many Tesla fans bonkers. Musk announced he’s taking the Model S to Nurburgring for a time trial (as if Porsche doesn’t have 10 track modified Taycans to run behind it), including an instagram tease

If Tesla's Planning a Nurburgring Lap, They Forgot to Tell the Nurburgring

Yesterday, Tesla CEO Elon Musk tweeted "Model S on Nürburgring next week." But Nurburgring organizers say the automaker hasn't contacted them, and that there probably isn't any lap time available for them.

VW ID.3 is just a few days from official release too. Looking forward to the LA Auto Show this year.

Getting the popcorn out. Curious what mods they did on that S model.
I was super excited about ID3 since i first saw it at LA Auto in ‘16…now i say screw VW for not bringing it here.

Definitely not stock wheels/tires, as those are the 20” wheels from Model X. Model S only comes with 19s or 21s from the factory.

Taycan Turbo is priced same as a Panamera Turbo. I wonder if there will be a Taycan which is priced as Panamera around 87k. That model would sell a lot better. 90% of the people don’t care about performance figures. 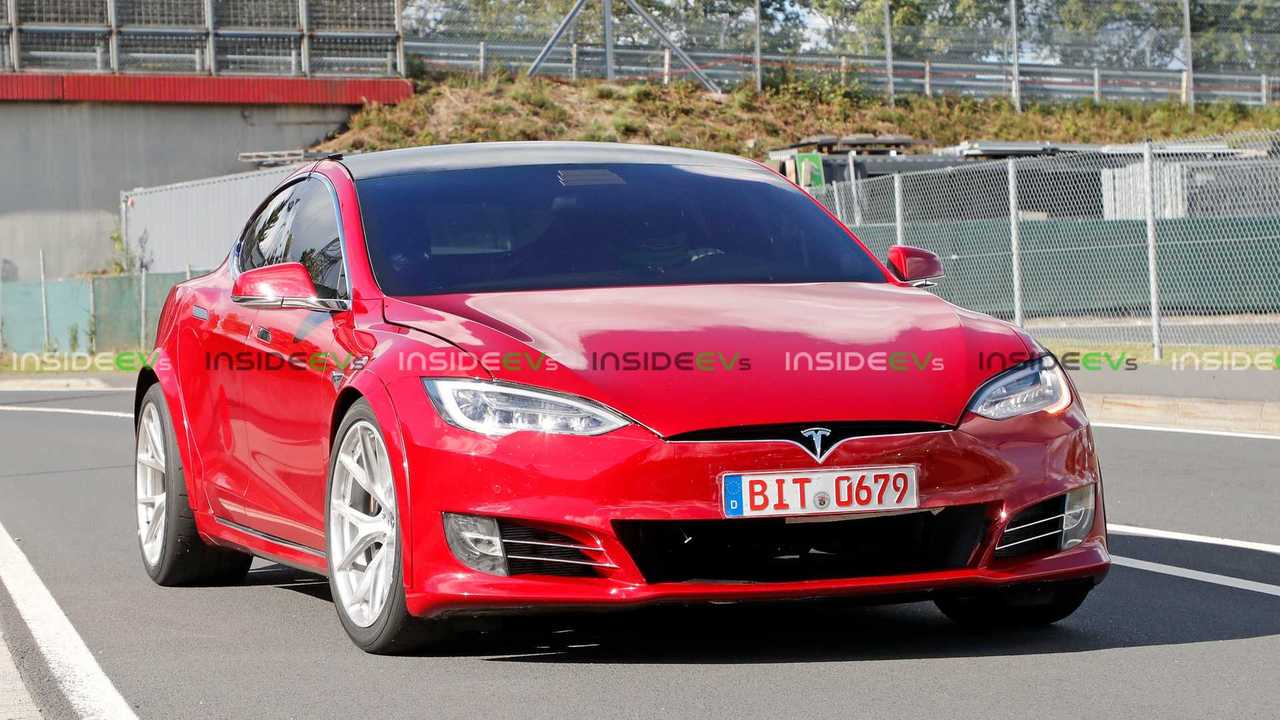 Many people doubted that Tesla would be able to pull off a record Nurburgring time. However, a witness says it already beat the Taycan's time by 20 seconds.

Keep in mind, this information was provided by a witness and is unofficial. It was also just timed “by hand.” Regardless, a 20-second lead in practice rounds is pretty incredible.

I look forward to official times, and the EV performance war this may eventually create. Also to see if Plaid added cooling to allow multiple laps without going into limp mode.

Also to see if Plaid added cooling to allow multiple laps without going into limp mode.

I would assume so. Also thinking this will be the new P100D starting next year…probably.

This may be the start of a new automotive industry. I hope that other manufacturers respond in kind and introduce new, performance oriented electric cars.

The Porsche Taycan Turbo's EPA Range Of 201 Miles Is So Bad Porsche Requested...