Some Ford Bronco Owners Are Reporting Their Hardtops Are Falling Apart,...

Worse yet, it's the only hardtop option for the Bronco you'll be able to get for quite a while.

Has Ford been able to roll out a single product recently without any issues right off the line? This problem seems to plague most automakers and they’ll still sell a boatload of these, but damn.

I’m a full-size Ford truck guy. That said, the real Bronco (not that little POS that came out first) launch has to be the worst new from scratch vehicle launch in the last two or three decades.

One of the big problems is just because something brings back a nameplate doesn’t mean it’s a same vehicle. Another is that Ford seems to have an issue with roof components, Explorer had rails falling apart, Bronco has the whole hard top. I guess this happens when your bread and butter is a truck and roofs are an afterthought

Has Ford been able to roll out a single product recently without any issues right off the line?

The new Bronco was announced in Jan 2017, 4 months before Mark Fields was replaced by Jim Hackett — the office furniture baron and basketball aficionado who somehow ended up CEO of Ford until last October

If you remember how long it took Alan Mulally to improve quality at Ford (he was there 8 years), here’s hoping Jim Farley turns out like Mulally at all.

With the new mach-e, broncos, F150,F150 lightening, they should be able to print money for the next decade if they can just get them out the door. To your point, it may take a while for any sort of improvements with rollouts or quality overall.

if they can just get them out the door

Yeah, that’s the hard part. And getting them out so they don’t keep coming back.

The 6th gen Bronco looks awesome. I heard that it drives nicely as well from the forums. But it appears that the reliability will be just as bad as the previous gen Broncos. I would lease one if it leased well, but I no longer have the time or patience to maintain something like a Ford Bronco. 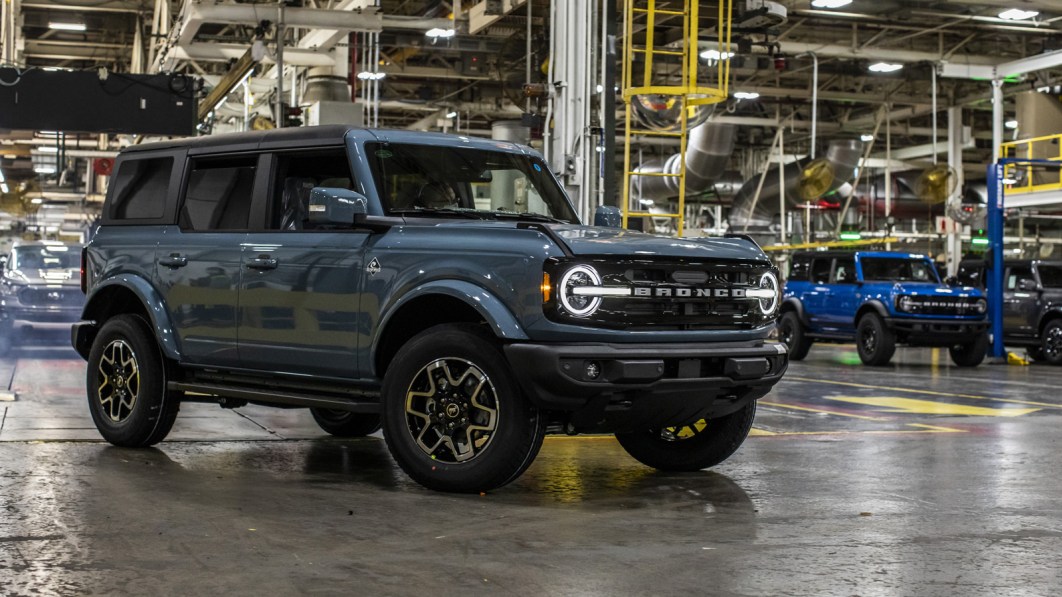 And this is why I won’t be pre-ordering the F-150 EV. Let them embarass themselves at rollout, others beta test it, and by 2nd or 3rd MY it should be ok to order unless the platform will wind up being fundamentally flawed.

Has Ford been able to roll out a single product recently without any issues right off the line?

They will finally get it right with their tesla killer, the F150 lightning.

And this is why I won’t be pre-ordering the F-150 EV. Let them embarass themselves at rollout, others

It’s okay. President Biden test drove one and gave it two thumbs up.

In a significant development, Ford plans to replace all molded-in color hardtops for the full-size Bronco, which is expected to produce some further delays.

It’s a good looking off roader and I’m sure it will get taken care of but it is funny seeing something like this when every auto journalist and person with a pre-order was ready to bury the Wrangler before it even came out.

I can’t wait to get in one and drive it, but I have heard quality is lacking quite a bit.

They catch my eye for sure. I’d love to drive one, but at the same time, Fix Or Repair Daily. The recall is limited to Canadian-delivered Mach-Es, for now.

market it as a convertible and charge extra!

Tesla would go “losing the roof glass was a feature, not a bug! Enjoy!”

Tesla already introduced the on-demand convertible with roofs coming off the model Y.

I am curious if any mach es have actually had a roof come off or if this is just a preemptive action.