He does have a point though…at least in CA, these things are going to flood the used car market in 3-4 years once B2B warranty runs dry and people get bored and want something else.

On any day in my town, I’ll see what seems like over 100 Teslas on the road. Just sitting still my kid’s school parking lot, I can look around and count 20. I’ll probably pass another 10 exiting. It’s hard to believe they only just hit that 200,000 number recently. I realize that this is anecdotal and that realistically Tesla cars are much more uncommon outside of certain cities.

A few people I know already let their teenage kids drive their Teslas, so I can imagine a lot of teens out here driving Teslas in 3 years.

Are a lot of these 3’s going out on lease? It always struck me as a financed vehicle.

You are correct. The prior suggestion is a bit of an overstatement as to the potential for an imminent glut. Otherwise, wouldn’t the gist (people wanting new technology) impact ICE vehicles too?

None of these 3’s are leases…unless arranges by third party in some way. Tesla is pretty lame shipping most of their inventory to EU and China before even giving leases to US. I don’t get it…one would think it would cost them less to sell the cars here. But then again, they are probably only shipping the top trim right now which brings them the most $.

There are many European countries where Teslas are cheaper to own than here (certainly far cheaper than leasing them here) and so sell very well there. Either due to government kick backs to owners, and/or some countries have generous company vehicle programs. They’re still expensive, but the actual cost of ownership makes them more appealing. No company is going to lease a vehicle cheaply in one market when they can sell it at market rate in another.

Good to have competition and innovation, though. Looking forward to 200+ mile range EVs from everyone else.

There’s a degree of risk when leasing. Plan a wrong residual for 3 years from now to make leasing attractive, and you’re in a world of hurt when people start throwing back the keys. They don’t have enough of a product mix or volume to make up for that loss either.

For every 3 luxury cars sold in my market, 2 are Teslas.

I have to say the most surprising thing about that article is that FCA sold 151,927 Dodge Caravans!? Who the hell is buying them? It must be fleet right?

Anyway, back on topic. I think it’s basically already been said. The Europeans (and Tesla) moved the definition of ‘luxury’ on, whilst the US equivalents did….well nothing? Consumers wanted innovation and tech and the US brands gave us…uhm…ah a rebadged Fusion/Mondeo? Oh okay.

Both Caddy and Lincoln have done nothing innovative and time will tell whether their new SUV’s (which have a pretty good design imo) can do enough to save the brands.

How Model 3 is a Luxury car and Volvo S60 is not? Just because of the price or something else? From what I understand, Model 3 interior quality is nowhere near Audi’s or Volvo’s.

Yes, the interior quality is not up to par.

Both Caddy and Lincoln have done nothing innovative and time

The Tesla Model 3 is not going to kill off anything. Once the Germans really turn on the spigot for their fully-electric vehicles, which will be economically-viable from day one, they will immediately squash Tesla. The Model 3 has been plagued by quality control issues from day 1 - these are yet to be resolved. These cars were rushed to market and the company has paid the price for this.

Someone mentioned that the company isn’t profitable. It is profitable from an operating cash flow and EPS perspective, but not from a free cash flow perspective (it continues to have to spend on capex). The issues surrounding Tesla continue to be a weak cash position / high cash burn, high leverage (some of which will come due soon), and the slowdown in China. I’d be afraid of getting one of their cars just because I don’t know whether the company will be around to service / maintain it in the future.

It’s great! Have they put it any of their models than the CT6? Nooope. They havent even put it in the 2020 XT6 which is crazy.

I bought Tesla at $30 and sold a few years ago for $250. I could have bought one with the profit. Instead I sold 400 shares of it. I expect to cover around me original purchase price of $30. I have no faith in Tesla. It’s valued at twice Toyota, and the same as bmw. It’s way over bought…

Production of not-for-sale XT6 models has begun as crews tune the assembly process. Vehicles for sale will begin reach dealers in the spring as 2020 models and will include a hands-free driving feature available on certain models. Barra announced the feature, called Super Cruise, and noted a ripple of surprise among engineers in the audience.

Spring Hill figures largely in General Motors’ ambitions to repurpose the Cadillac luxury brand around a new stable of crossovers.

Starting in 2020, the whole lineup will get it 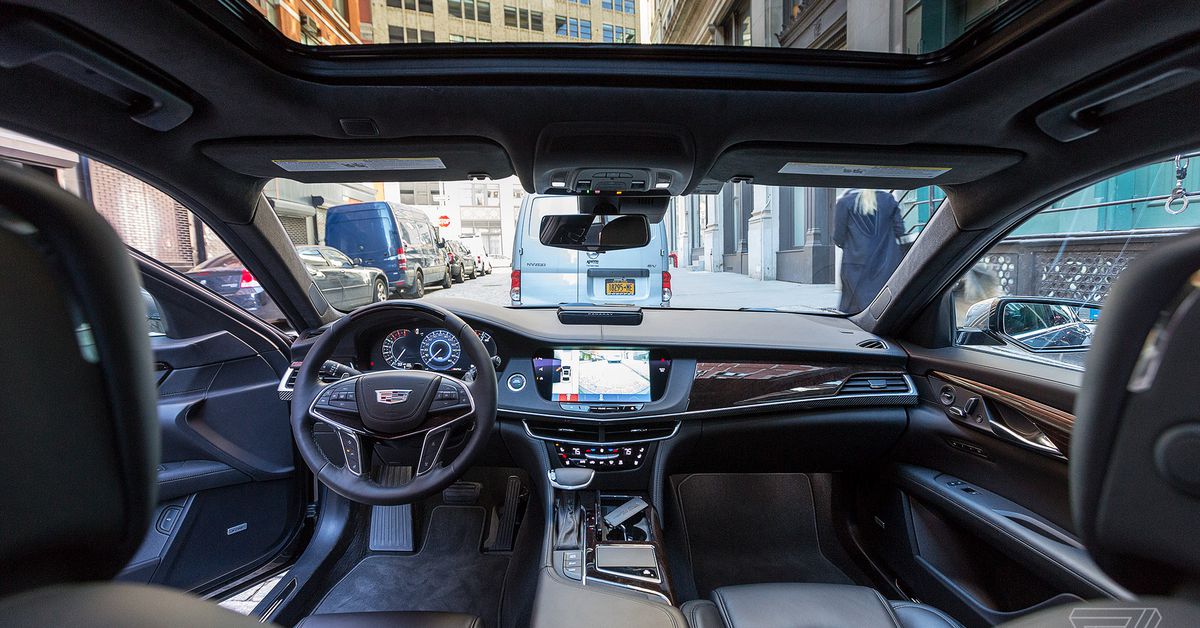 U.S. sales of the Tesla Model 3 plunge 74% in January, according to outside...

The carmaker sold 6,500 Model 3s in the U.S. in January, compared with 25,250 the month before, according to Insideevs. CEO Elon Musk previously blamed blizzards for slowdown and says the sales focus is now on Europe and China.

That’s US sales…they started shipping to EU and China. Last month numbers were all US-Can only.