Sold car and loan still hasn't been paid off

Didn’t see anything addressing this and didn’t want to comment on vroom carvana topics since I sold my car elsewhere.

I sold my car to Bidlane on 9/27 and my car loan still hasn’t been paid off. I see my car has been listed for sale at a dealer 30 miles away for about 5k more than I sold it for.

I had emailed Bidlane rep about 10 days in and was told it would be paid off, that it takes 10-15 BUSINESS days. Nothing happened so called and was told they would look into it and call me back, didn’t call me back so called again and said it would be again looked into and someone would get back to me but nothing. I called today and was told that it was past payoff date so would be transferred to their business office where no one answered so I left a voicemail but didn’t hear back.

I am wondering what should I do? At the time of sale on 9/27 my next payment wasn’t due until 11/15 since I had paid ahead but I am fast approaching that date and wondering if I need to take some sort of action.

Thanks for your help!!

Have you called the bank that has the loan? It may not have posted online yet.

When I sold my car to the dealer it didn’t post and clear until my next payment was due.

I have not and I politely told bidlane I am not sure if this is on your end or on my lenders end but if you let me know what is going on I can look into it.

All I was asking was if they handled the payment and the lender was “lagging it” then I would call the lender and find out and they said they would let me know but never got back to me!

I’ll reach out to lender tomorrow! Thank you!!

At the time of sale on 9/27 my next payment wasn’t due until 11/15 since I had paid ahead but I am fast approaching that date and wondering if I need to take some sort of action.

There’s plenty of time yet. You have a grace period of approx 10 days after 11/15 before a late fee was assessed and not until 12/15 would it hit your report as a 30 day delinquent. The worst issue you might have is a late payment and a change in payoff value by a few bucks if any interest accrued. Obviously I’d push them to take care of those fees as well should that happen. Be vigilant, but no need to panic yet about a credit report ding if that is your concern.

Are they aware of when the next payment is due? I agree the lac of response is frustrating so that should not happen but generally for cash flow purposes one would wait as long as possible, it’s essentially a free short term loan for them.

I sold my car to Bidlane

Start posting on their social media

What is bidlane? Never heard of them 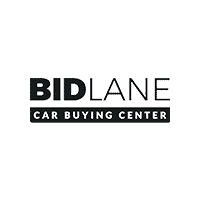 Bidlane uses a simple, hassle-free 3 step process to offer you top dollar for your vehicle. Sell your car in Pasadena, Burbank, or Los Angeles.

It would be pretty tough for the new dealer to sell the car without the title…perhaps call the dealer and ask if they have the title?

Since I do not see which manufacturer were talking about, have you searched the vroom / Carvana threads to possibly see what others have experienced with this particular captive?

@mllcb42 - what was the name of these guys you sold your car to? Can’t find them anymore

Looks like the same scheme - they don’t pay the bank until they sell.

Luxe Autos. They went suspiciously quiet after getting called out by multiple customers

Wonder if this is the same operation under a new name

So, their thread is hidden. I wonder why

And he’s an “Industry Folks” now, so maybe threads get removed from the Marketplace for non-registered brokers/dealers.

It was not a lease but a financed car with capital one.

Well my point is that by knowing who had the title, it would identify whether the hold up was on the Bidlane or Cap One side. Identifying where to focus your efforts that may involve a considerable amount of time on hold.

Spoke with capital one and was told nothing posted, only showed they requested payoff amount thru dealertrac back on the 27th when I sold it. Rep told me to ask for check # and amount in case the check has arrived but wasn’t posted due to lack of account # or knowing where to post it.

Called bidlane and was told it was sent but couldn’t find tracking # at the moment, asked for check # and amount but was told that they would contact the bank right now and get back to me.

i had similar issue with a company in San DIego, I believe its stated in your contract they probably have 30 days to pay it off.they just try to float it…Call and tell them your coming to get the car

Called capital one yesterday and was told the same nothing found, i provided them with check amount and date and then they asked what address it was sent and I told them it would be better to do a 3 way call so we did not have to go back and forth with things they might need and I not know the answer to.

The guy from dealer told them they usually have this issue with cap one where they send payoff and does not get posted, cap one asked for copy of front and back of check thru fax which dealer said they would provide by end of day. Dealer said check date was Oct 15th and cap one cashed it on the 17th.

I was going to follow up today but got an email saying payment had posted. Still show a balance of $42 but glad that most of the sum has been paid and the money was found.

I called cap one because payment showed as posted for oct 30 when the other rep had said they would back date check to the 17th. I was more or less okay with paying the $41 left over but was also curious to find out where the payment had been this whole time & what went wrong in it not getting posted.

This rep said was unable to see that and if the remaining balance was my concern she could do a one time courtesy and waive that since it was just interest.
I agreed and while she said it could take up to 5 days it only took 1 and got alert loan has been paid in full.

Thank you everyone for your input

Did Bidlane ever end up paying off your car or is that still going on? I’m in a similar situation with Bidlane myself. So bidlane purchased my 2019 Toyota Tacoma on 11/18 in Burbank. It was a lease and still owed Toyota Corp on it. Seemed like a pretty easy process. 3 weeks later still not paid off. Went back to Bidlane Burbank to talk to the guy that bought it from me and couldn’t or wouldn’t help me. He said the payoff dept would contact me regarding the payoff. They never did. Tried calling them left messages etc. Finally got a hold of a girl in the office she said the payoff dept told her they sent a payoff 10 days ago. I said okay, can they send me payoff documentation proof. Nothing. I’m thinking they still haven’t paid my truck off and just telling customers what they want to hear. Meanwhile I’m about to make my 2nd lease payment on a truck I don’t owe just so I wont ruin my credit. Considering taking legal action if this doesn’t get resolved soon.

i think when you sell it, somewhere in their it states up to 30 days…
report it stolen lol