I test drove a Mazda CX-5 the other day and I loved everything about it…except its power. I like to be able to quickly accelerate on freeways and roads for practical reasons…and more power is just more fun. Haha.

Now, I don’t need: a large size SUV or a luxury SUV. I just like a little extra utility and to sit a little higher. But I’m having trouble finding a reasonable size SUV with a good deal of power that’s not a luxury make.

Does anyone have other suggestions???

How small? Grand Cherokee Laredo with the 300hp V6 leases quite well.

Guess you could try the non-grand Cherokee with 270hp v6. I’d personally step up to the Grand, though.

There’s a reason you’re not having luck with finding one - they really don’t exist. Shoppers in that price range don’t care for upgraded engines with higher HP/TQ.

Maybe check out the Equinox/Terrain with the optional 2.0T or maybe a leftover 2018 RDX which skews luxury, but can be had for relatively cheap. 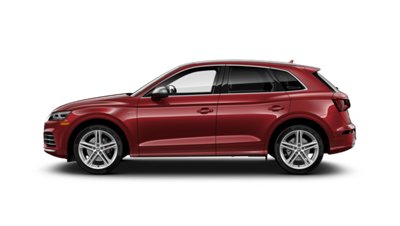 The 2018 Audi SQ5 wraps the ultimate in performance, technology and luxury. Experience the elegance of simplicity.

Cherokee with the turbo or V6, the only problem is you have to deal with an FCA dealer to get one.

I don’t think an SQ5 is in OPs wheelhouse if he’s looking at escapes and CX5s.

Either way, I’ve had the same problem as OP… Even though manufacturers can put hot hatchback power trains into smaller crossovers… They really don’t do that. Escape titanium is an exception… But who cars? It’s an Escape and those suck.

People shopping in this segment don’t want fun, they want space and good fuel economy. Luxury makes can develop what OP wants because rich people have the money for more space AND more fun.

If OP is really desperate… A used EX37 or QX50 is in his wheelhouse.

A base model stelvio?

I was looking for the same and I got my Murano , did not like 7 seat , big SUV and I Wanted a little bit more power . I tried it and I liked it.

Nissan murano is not really classified as small or compact suv. That is midsize suv.
Going back to OP, non luxury compact suv was made for a certain market segment and having a strong engine is not one of them. I suggest you start looking at midsize to get the power you want. Its not really that much $$ compared to compact for monthly lease specially if you get the base/mid trim level. And not that big really, just 8-10 inches longer.

Cherokee limited with the 2.0L for sure. Easy to get a solid deal on one.

X2 could also fall in there, it’s not the quickest but it’s punchy and fun

X2 could also fall in there, it’s not the quickest but it’s punchy and fun

question is can you call X2 an SUV? I don’t (and neither does BMW, they call it an SAV - sports active coupe), but I agree with the punchiness and great handling. Def fun driving if you can get over the bumpy ride and horrible seats.

Doesn’t BMW refer to all their X models as SAVs and not SUVs?

im not sure, but the X2 is not large enough to be considered an SUV…just my opinion. It’s a rebadged Mini if I’m not mistaken.

CX 5 should get the CX 9 engine next year

I second the CX-5 with the 2.5 turbo. If you can actually wait, you can have your cake and eat it too. 310lbs of torque…yummy.

Why is the OP against luxury brands? Cuz he thinks they will be expensive? The CX-5 with the 2.5T engine won’t come cheap either. MSRP will be at least $35k and I bet leases for it won’t be attractive.

Grand touring will pick up the engine so it will be between 33k and 36k. You’re right, it will be expensive, but there is no other crossover with it’s size and power in the same price range. I think OP will do just fine

Only Grand Touring Reserve and Signature (new trims) will get the 2.5T and they start at over $36k. A leaked product bulletin confirms a 2.5-liter turbocharged engine in the 2019 Mazda CX-5 and two new trim levels, but no diesel option.