Figured I’d post this here, as it’s a very popular leased car here and a known issue on Bimmer forums, as well.

So the moonroof seems to creak/rattle really badly when in the fully closed position. No creaking or rattling when tilted or fully open. Only creaks when fully closed. Even if I partially open it, the creaks/rattles go away.

Annoying to say the least and I plan on having it checked when I bring it in for its first oil change, but have any of you other G20 guys gone thru this problem? Some on the bimmer forums have said the clips to the moonroof need to be replaced, while others have said the entire roof liner has to be replaced.

Just wanted to see if other guys here have gone thru this problem and if it is an easy fix?

Not in a BMW but had that rattle in a few of my cars over the years. When the rattle starts take your hand and press on the sunroof and see if it stops. If it doesn’t do the same thing with the liner.

In one car it was the seal around the sunroof that was messed up, in another it was the hard cover went off the rail and was rattling as well as kicking something in a headliner loose.

In either case your car is under warranty, take it 8n and let the service deal with it.

Drop it off until it’s fixed and enjoy the free loaner…this would drive me completely insane.

Late 90’s/early 00’s Hondas had widespread moonroof creak issues. They were almost always solved with some strategically placed felt pads to take up the clearance.

This used to be the solution to every creak and rattle. 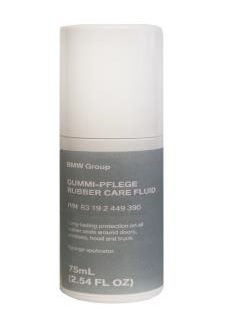 Thanks for all the input so far and yes I will prob just drop it off soon and let them correct it.

Tried pressing up on the glass while driving and that doesn’t alleviate the problem. Seems to be the flimsy shade liner. Previous gen cars had a hard sun shade liner while these G20’s have a soft, material like, liner. I guess BMW had to cut corners somewhere, in addition to having this built in Mexico

It is very annoying but I’ve been upping the volume on the music while driving to drone it out.

@Clutch Gummi Pflege? Been using that since I was teen in the 90’s on all my German cars. It’s a great product—especially for door seals. I think the guys on beemer forums said they tried that and it didn’t help so I scratched that out.

So I ended up dropping it off yesterday and picked up this morning. Apparently, they cleaned and lubricated a seal but after immediately driving it off, it still creaks

Although it is 19 degrees this morning, I’m going to wait and see how it does once the weather warms up tomorrow. Supposed to be in the 60’s next week

Funny thing is that the loaner they gave me yesterday suffered from the same problem.