I wonder what percentage of cars with nitrofill markup actually have been specially filled. My guess is less than 10%.

So I could use some advice. When we went to test drive, my wife noticed that Android Auto did not appear to be on the car. We asked our (fairly inexperienced/new) sales person if that could be added. He asked another sales person who said yes, and the sales manager said they would do the “software upgrade” for no charge. After that, we put down a $1000 deposit to “hold the car”, since we wanted to start the lease near the end of the month.

The next day, I found this quote on the Volvo website:

For installation of Android Auto to be possible, the car must be equipped with two USB ports (USB hub). If the car only has one USB port then it is not possible to use Android Auto.

I’m pretty sure that my car only has one port, since it doesn’t have the Momentum Plus Package. I pointed this out to my sales person, and I’ve been waiting to hear back ever since. I’ve called a few times, and the story is that they are “95% sure” they can do it, and the service manager is waiting for Volvo to call them back.

Since this smelled bad to me, I kept shopping around, and found a much better deal (14% off MSRP) in the meantime. Do you have any advice? I did make a verbal commitment plus the deposit, but that was all predicated on Android Auto being available. I don’t think there’s any moral quandry if they come back and say they can’t do it. But I’m started to get frustrated that they’re not getting back to me at all with an answer. Would it be unreasonable to tell them I found a better deal and I’m going to take it? Or should I wait for them to determine if they can do the “software upgrade” or not? I also don’t have anything about android auto in writing, because I couldn’t really fathom that a dealer would promise such a thing without being certain that they could do it!

If you don’t plan on going there for service, then just tell them that you found a car with 2 ports and want your deposit back. If your other car can wait, give them 48 hours to install Android as a goodwill gesture. There is nothing wrong on your part with pulling out of this deal.

Thanks. I think what I’m going to do is tell them that they have until end of day Wednesday to get it installed. That would be one week since I made the deposit. If they can’t upgrade the car in one week, I don’t think it’s going to happen.

I just called our sales person and told him they have until the end of day tomorrow to do the upgrade. He said they were trying to get the car into the shop today or tomorrow at the latest anyway, and didn’t seem upset, though we’ll see what his sales manager thinks

More importantly, I think this is a fair solution. If they can do the upgrade, I can live with that car and deal. If they can’t, the other deal is better. Win win.

Thanks again for the advice @ursus.

And being nice to them will also help you when you take your car for service, either their or the one you get from the other dealer.

That’s not an issue in this case. Both of these dealers are over an hour away from me.

My local dealer didn’t have any 2017s, and refused to negotiate below A-Plan pricing on 2018s. The variance in willingness to negotiate is still amazing to me.

Just thought I’d chime/provide an update on the whole 2 vs 1 USB port working with Android. Volvo hasn’t gotten back to me and I’ve been doing more research on my own and honestly haven’t found a simple solution yet. There’s a bit of technical details behind it but long story short, it’s still not a 100% stable system. But like most software, it’s running at the “good enough” level. Apparently with Volvo it’s about the amount of data they are trying to send through the USB, they just don’t have it programmed the right way.

It’s a good program when it works but it’s prone to be glitchy for awhile. This is one of the rare cases having an open source is hurting them and why Carplay will run more stable.

Once I get a complete answer from Volvo I’ll provide more updated information.

Have you given your local dealer the “Here is the offer I am going to sign for today at out of town dealer XX, what can you do to keep my business local” speech yet? And if so, did they still say 6% A-plan discount? Also, if history repeats itself and you can push this until the weekend or next week, there may be additional money from Volvo available (was an extra $500 for labor day and for black Friday - might be available for EOY/Christmas; Volvo increased A-plan for last week of November to $4K).

Good point. I think I’ll sit and wait a bit and see if some incentives roll in. I don’t want the car too soon anyway, since my lease ends at the end of the month.

I’ve thought about going back to my local dealership, but my local dealer only has 2018s. Do you still think it’s worth it to see what they’ll offer?

This is the other thing that worried me about my situation. I don’t want them to “fix” it only to find that I have a half working Android Auto

@DNJA did you need to have a software upgrade or did your car have AA at delivery?

I’m still confused why your car even has the AA software on it with only one usb port.

Always worth it to try. They may be in a different negotiating position now.

I’ll give it a try. Do you mind sharing the best discounts you’ve been seeing on 2018s for reference?

No software update yet, I’m still waiting for them to give me some direction.

Like I said before it can operate on 1 port its just Volvo has to update thier software. Why they put only 1 your guess is as good as mine.

I would hold off talking to any dealer and definitely wait till later this month and see what happens. It’s my plan. Sales slow around Christmas and New Years.

I found the source of my confusion regarding your car. This page says:

Android Auto allows you to interface your Android smartphone with your Volvo. It provides the ease and functionality of your phone while connecting to your Volvo for a safer driving experience. It is currently only available for 2017 XC90/S90 models equipped with two USB ports.

How much off MSRP is that before incentives? How did you pull it off?!

His deal was excellent, especially for FL, but there was an extra 1500 in incentives at end of November which helped. His % discount might not have been greater than yours, but it was a 2018, so higher residual.

There are good and bad things about FL dealers, one of the pluses is that we have some of the largest dealerships in the US. So that means they have to move inventory and lots of it. It took me about 2 to 3 weeks of negotiating to get that deal. I kept an eye on inventory levels looking at thier the websites and used it against them knowing they weren’t moving the S90’s. I was persistent, patient and I never budged from demanding the discount I wanted. I think in the end they ultimately just wanted me a deal and I got a bit lucky. The only reason I made the offer on the Inscription is because the wife really liked the black/amber color combo and it was the only T6 they had on the lot. I’m going to try again for a XC90 but can’t imagine they’ll give me the car I want for the price I want.

My thought is that if you really want a great deal it’s just to early in the month. Volvo is delivering more S90’s than dealers are selling and on top of that they’ll need to hit end of the year sales goals. Some one will want to end up simply moving a unit, it would also help if you were dealing with the sales manager. Worst case is that you just get one at your already negotiated price.

Thanks! Very different approach than what I’ve been doing. I’ll try to identify some of the larger dealers near me and try this on some 2018s once we get a little closer to the end of the month

Hopefully we get some more incentives too!

In the Americas region, Volvo reported a robust 6.8 per cent sales increase year-on-year for the month of November following strong sales of the XC90, new XC60 and the S90. 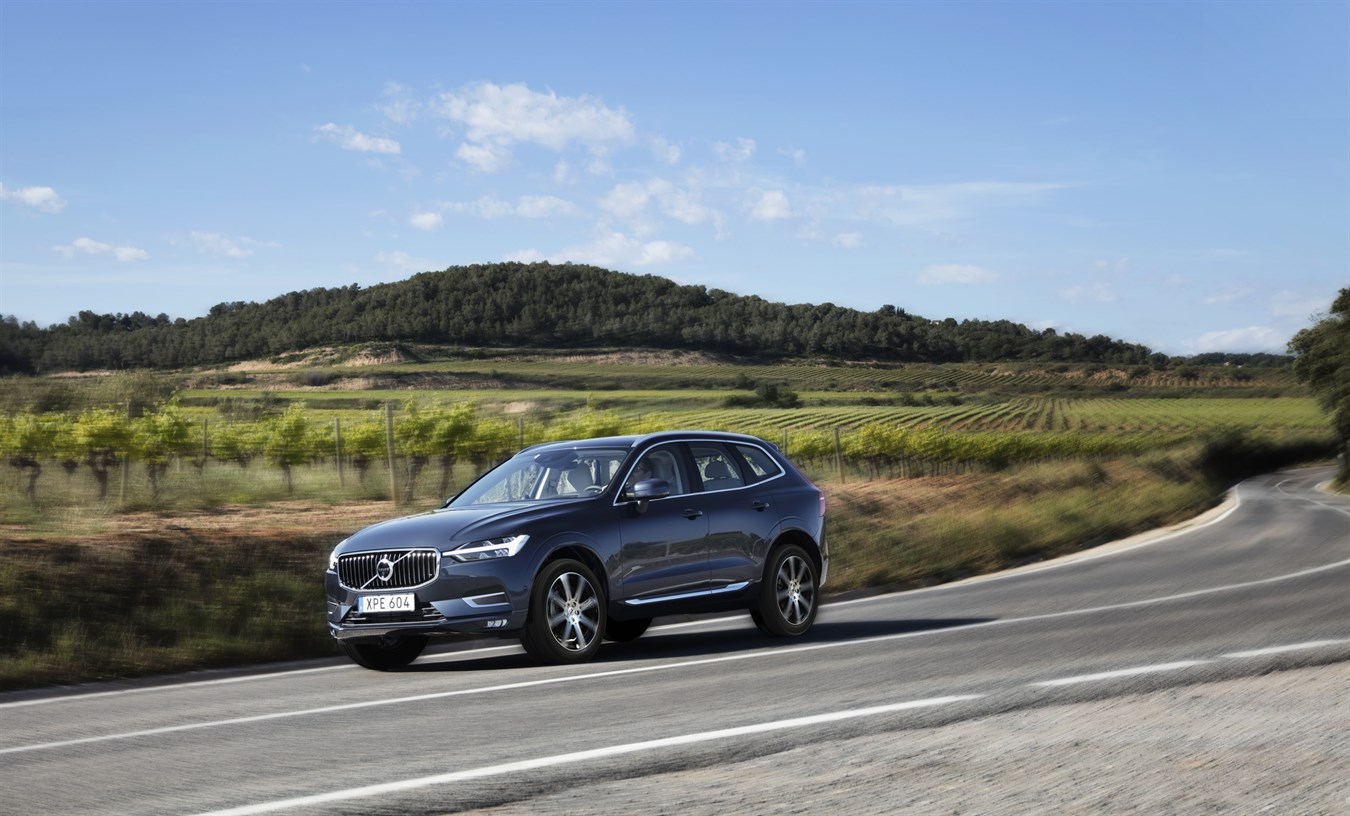 Volvo Cars, the premium car maker, continued its sales momentum in November with growth in all main regions compared with the same month last year, and remains on track for its fourth consecutive record year of sales. 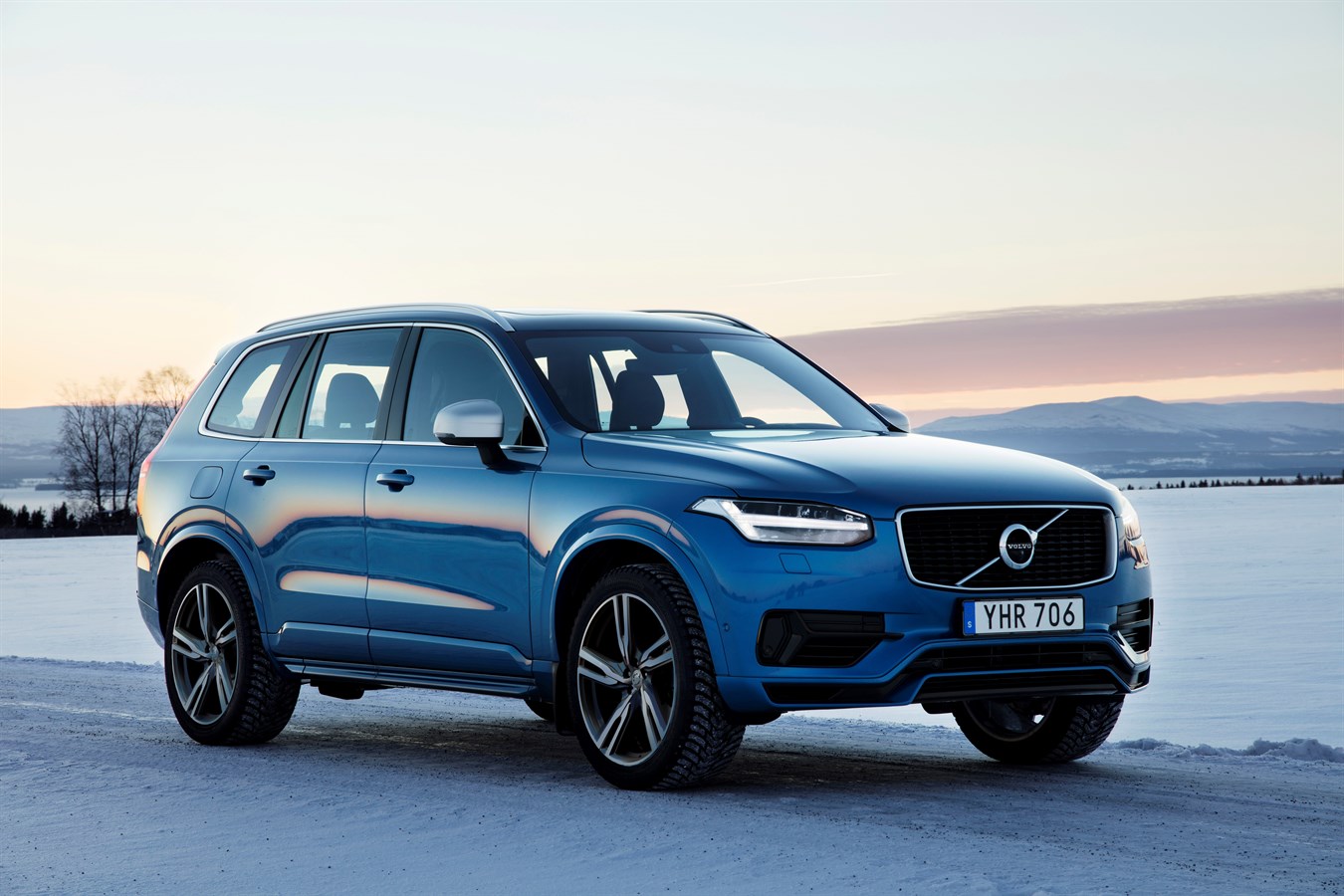 This the third year in a row for XC90.