a random out of their depth internet commenter

Which I presume describes you, as well.

If that isn’t enough consider Tesla and SpaceX are consistently ranked as the top two most desirable companies to work for according to recent polls for engineering students in the top universities and therefore have their pick of the best young machine learning and computer vision talent in the country.

Do you actually know anyone who works at SpaceX? I do (or did). I can’t comment on your polls, but an engineering company needs more than just engineers to make it successful…

It also needs to keep its engineers and not burn them out.
You’ll notice the poll was among engineering students that hadn’t actually worked anywhere yet.

Now, the point was obviously that Tesla/space x have the pick of the litter of incoming students so they can choose the best of the best.

As someone working in an engineering company that attracts top tier talent, I will say that fresh out of college students generally need to develop quite a bit of on the job experience to be significant contributors to a product, unless we are talking fresh out of a PhD program.

Since it is clear you suffer from some cognitive impairment and missed the entire point of my previous post let me spell it out for you. Whether I am senior CV engineer in FAANG or bagging groceries at the local market holds no relevance to the links I provided where objective experts in the machine learning / Computer Vision space share their highly educated views on Tesla’s current approach to full autonomy.

Now I won’t presume to have your incredible credentials of knowing someone who worked at SpaceX. But I will put forth that the only metric that matters is results and any objective, rational, and informed individual knows that SpaceX stands alone in that regard.

Since it is clear you suffer from some cognitive impairment

Not necessary. Keep it civil. No need for snarky digs like this.

That goes for all, not just you.

Now, the point was obviously that Tesla/space x have the pick of the litter of incoming students so they can choose the best of the best.

You forgot STANFORD. For many many many years, if you did’t have that red seal on your engineering degree you didn’t get a callback.

The first sales advisor I met at Tesla in 2010 was a Stanford swimmer. Nice guy, was still there when I checked around 2016. Knew nothing about cars but could rattle off Tesla Roadster stats.

Model x certainly has been crash tested, but it was not independently tested until after it had been on the market for several years.

@Charliewat The Model X was crash tested by NHTSA but not IIHS (search for yourself). Tesla wouldn’t pay the $400k to let them crash. And the Model S hasn’t been tested by IIHS since 2017.

Will Model X be tested by IIHS?

The E-Tron was just recently released and just became a Top Safety Pick+ award winner. In light of the Model X being on the market for longer and being...

They seem to hold up just fine though

Since we all love GTRs and Model Xs Off-Ramp

Here is video and pics from an accident in Miami where a GTR ripped the back-end off a Model X #whoops The Tesla was a transportation company (not Tesla corporate) and in no way at fault, but wow. [image]

I was born in NY, DC is home, but I live in California now. And I test drove a Tesla before nearly anyone in this thread had heard of them. The VIP opening of the very first Tesla store with the SpaceX display was a blast.

The Model X was crash tested by NHTSA but not IIHS (search for yourself). Tesla wouldn’t pay the $400k to let them crash. And the Model S hasn’t been tested by IIHS since 2017.

Much better clarity of your statement

Lost my rear bumper from heavy rain/water puddle, Tesla will not cover it under warranty. Hopefully they will fix the problem for all other model3 owners out there or maybe issue a recall. @elonmusk https://t.co/JRTZaq0vmG 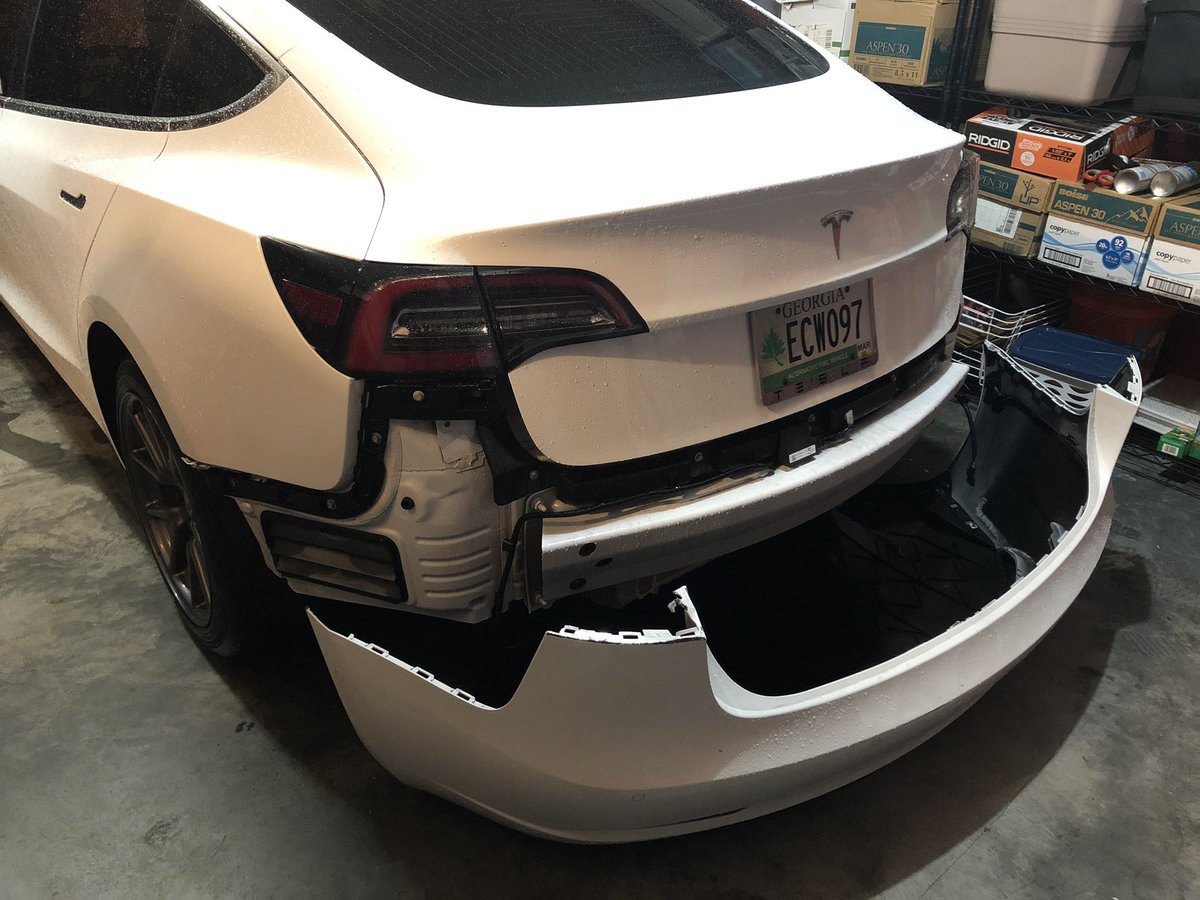 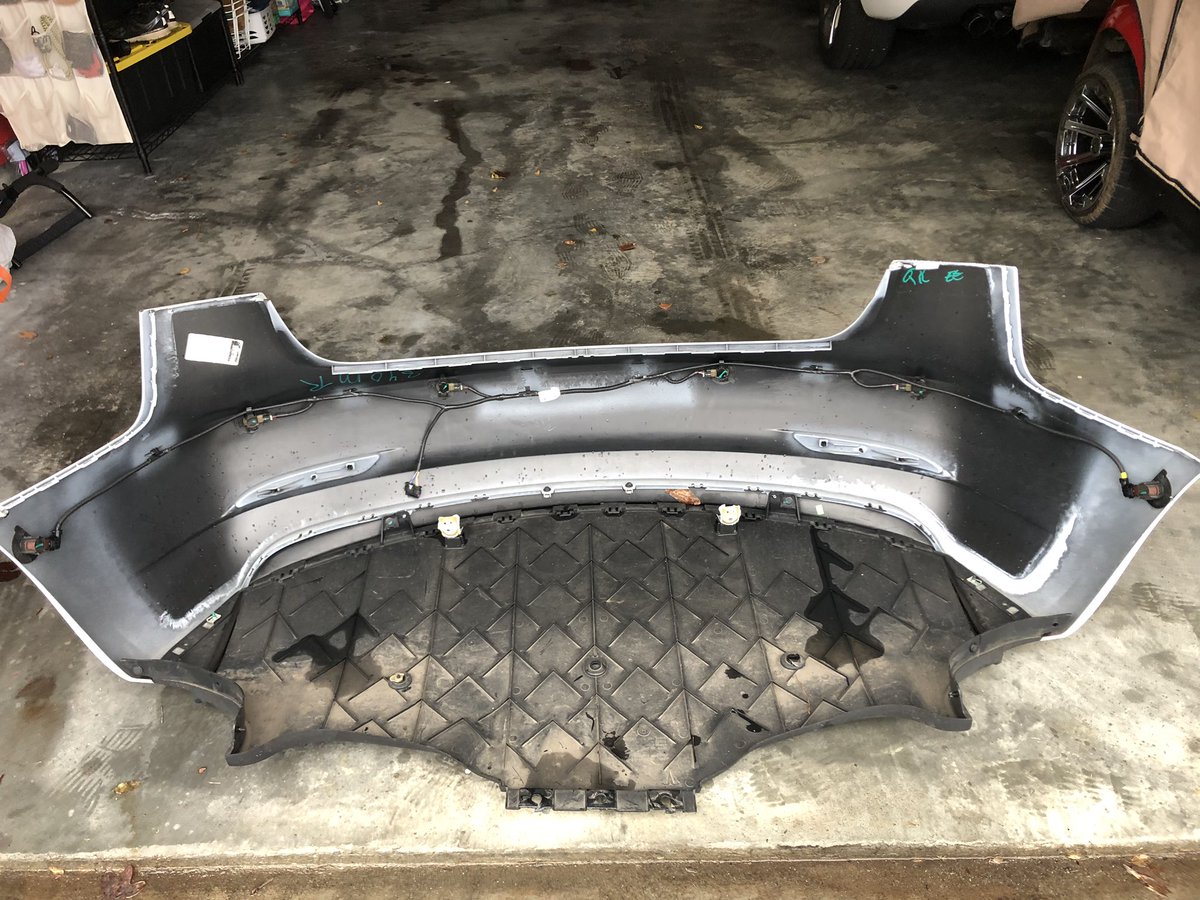 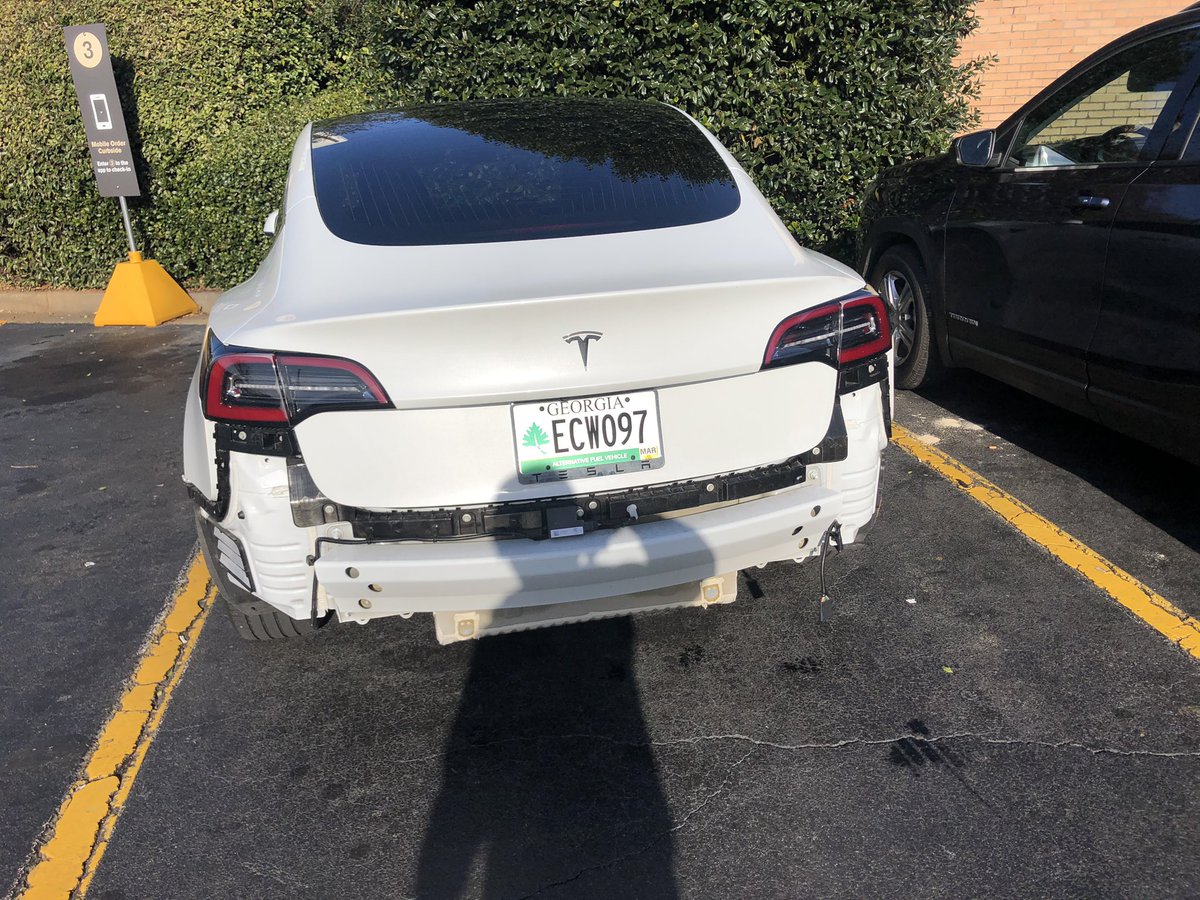 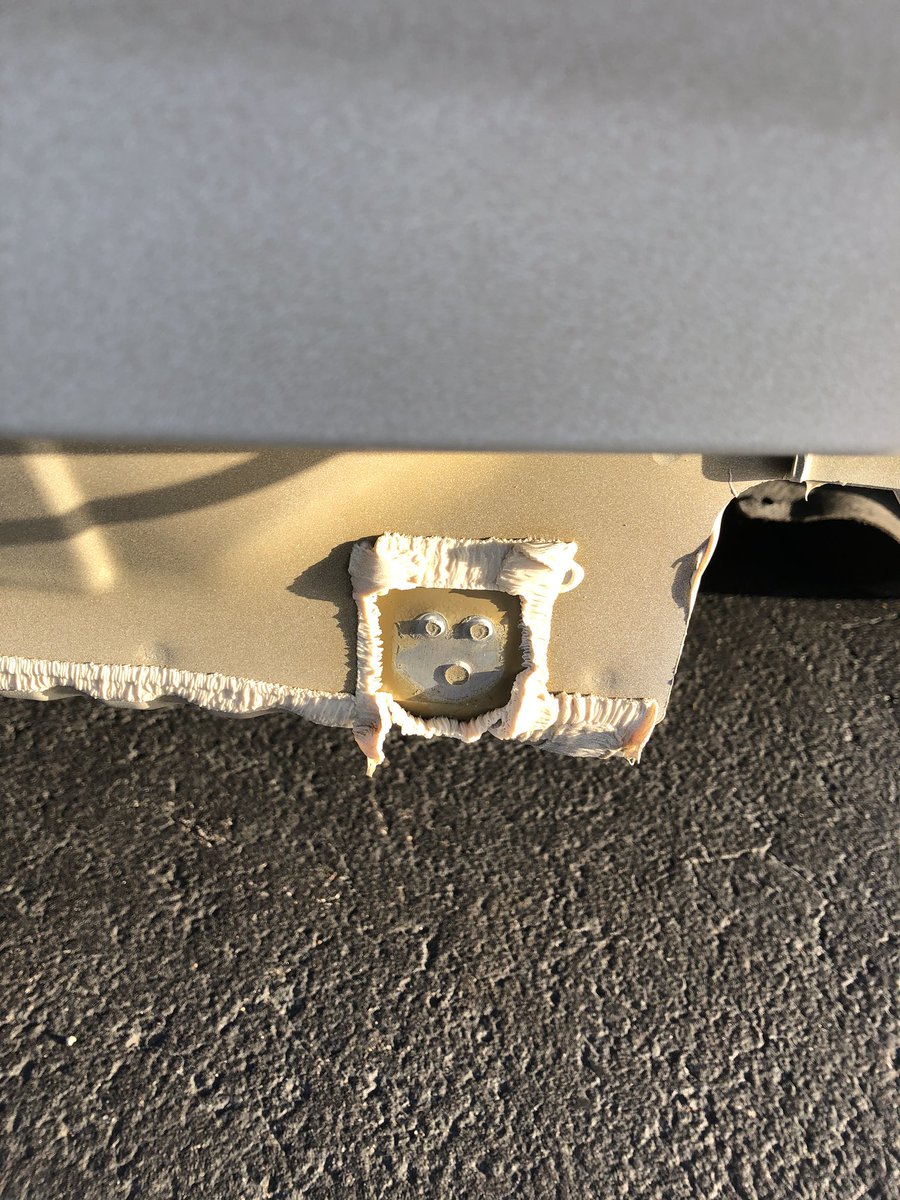 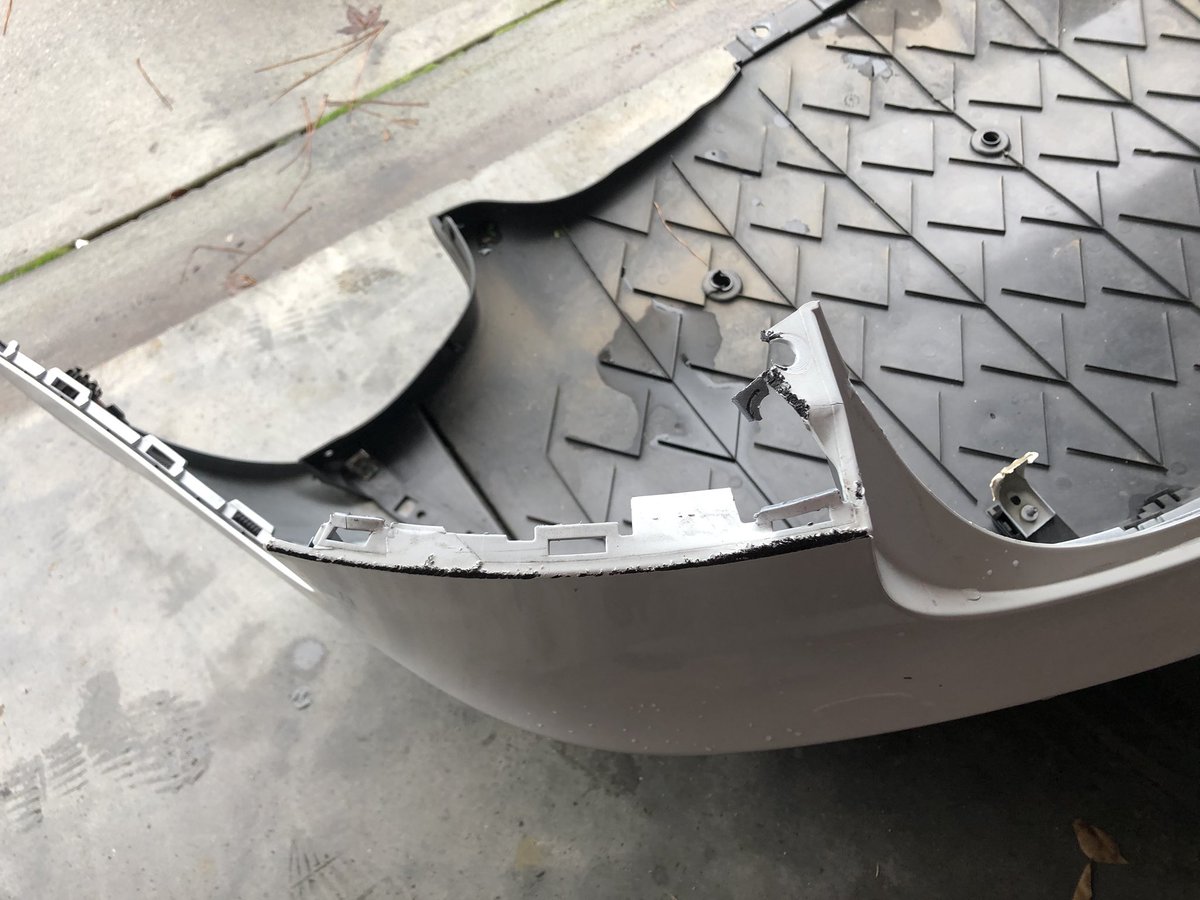 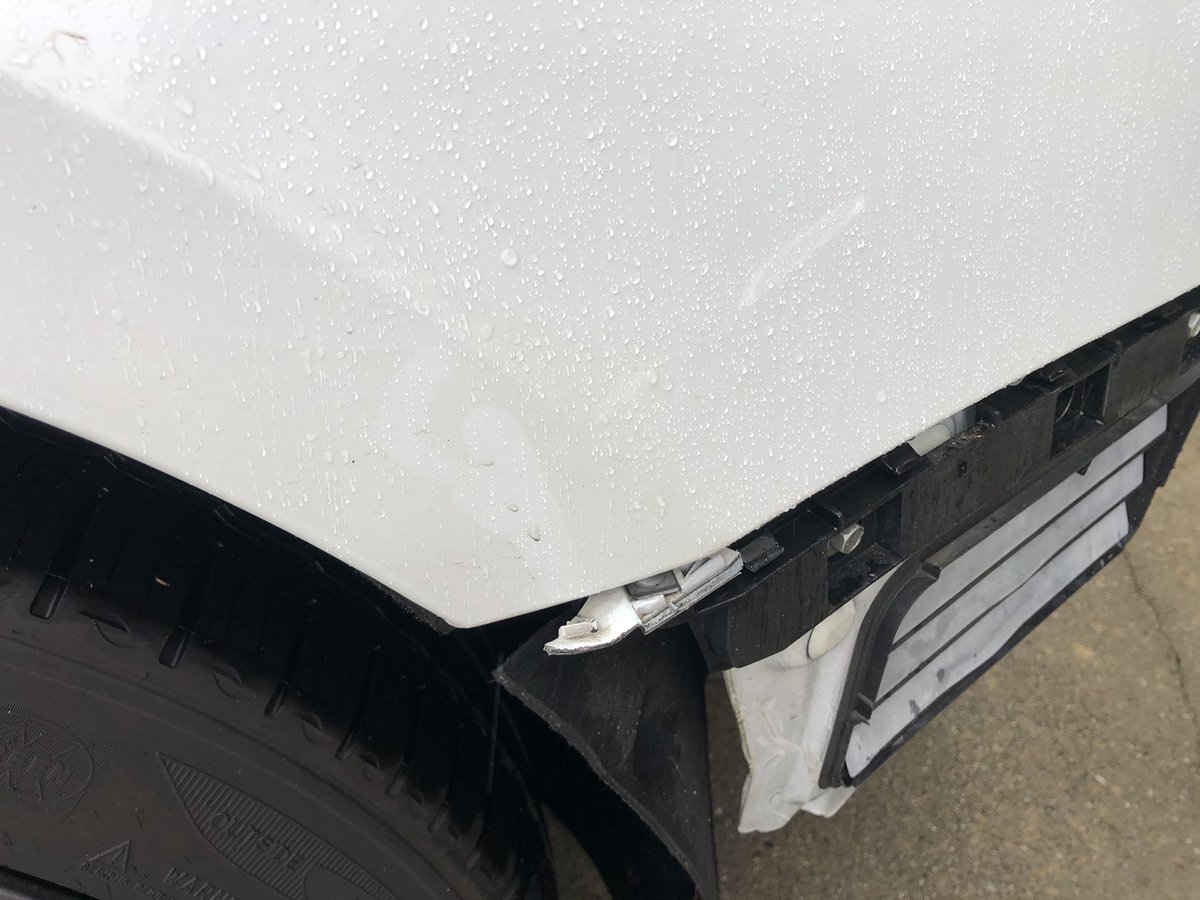 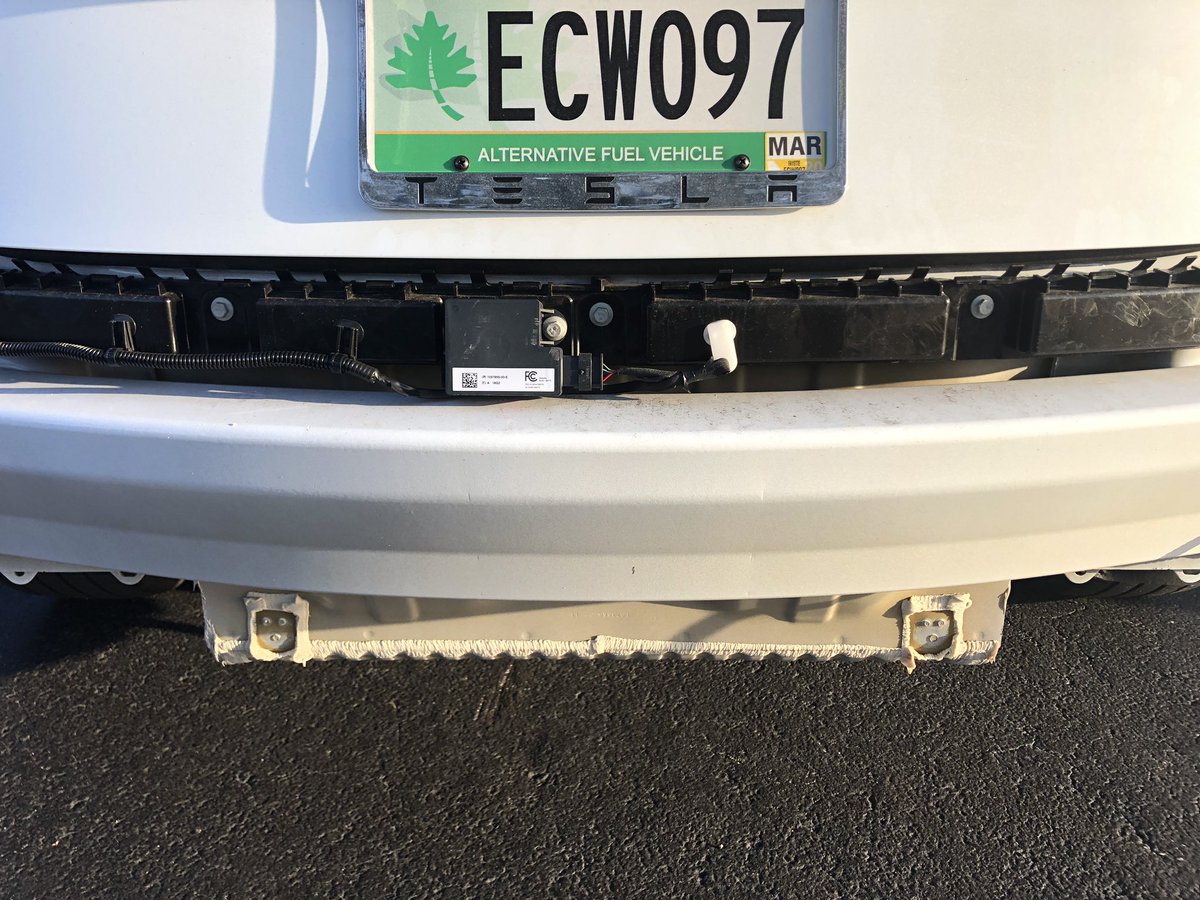 I suppose this is FUD too. Or maybe a short-seller trying to sabotage the car so the stock plummets. I bet it’s a big oil lobbyist trying to kill the electric car business altogether.

Obviously the ghost of T Boone Pickens haunting Tesla because Natural Gas cars didn’t take off like he hoped. 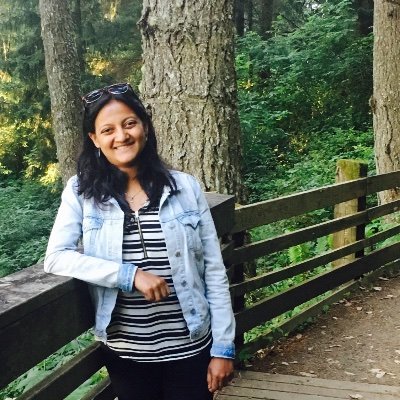 Friday night, I was driving my Tesla Model 3 well within speed limit on the right most lane in El Camino in Redwood City, when it lost control and hit 2 parked vehicles on the street. Still wondering why the emergency brakes or the anti-collision didn’t kick in? https://t.co/s5Qb4RM2Sd 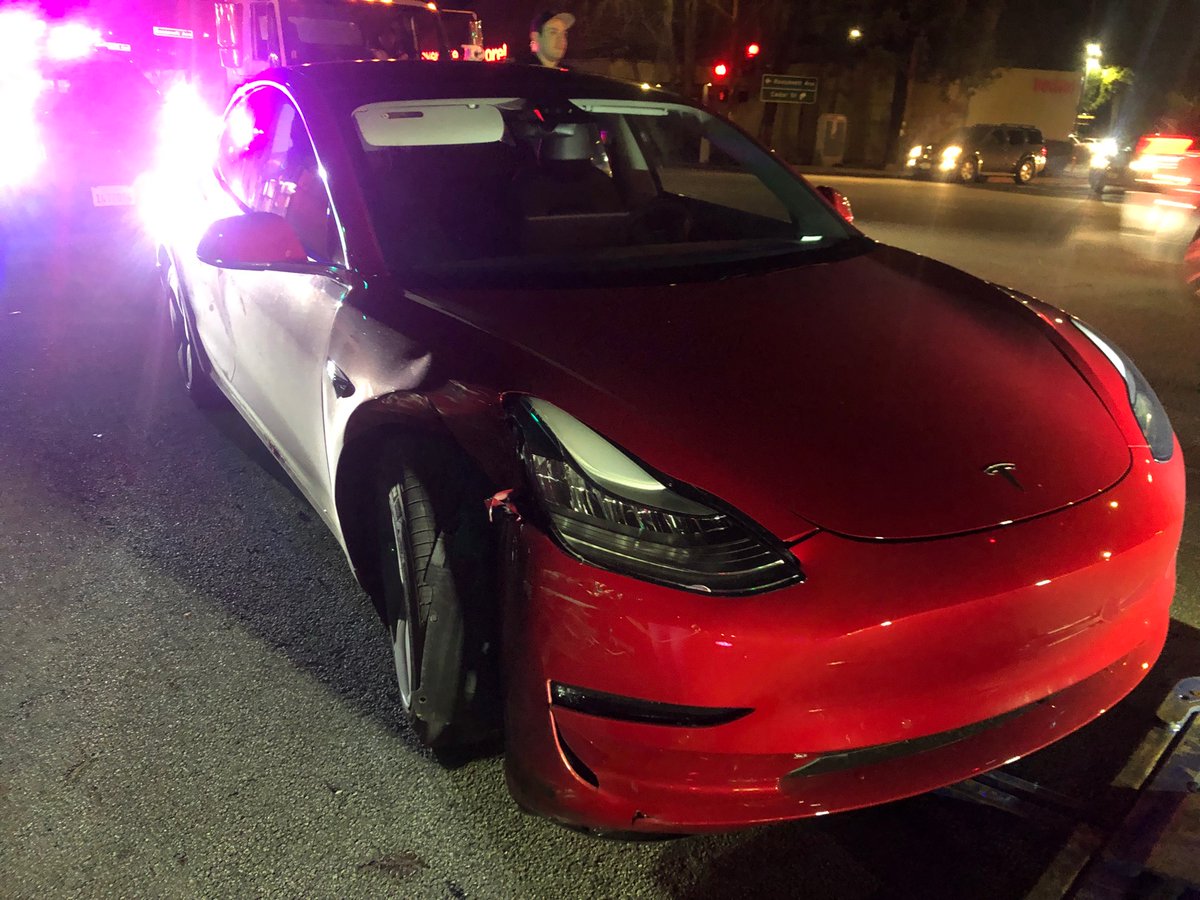 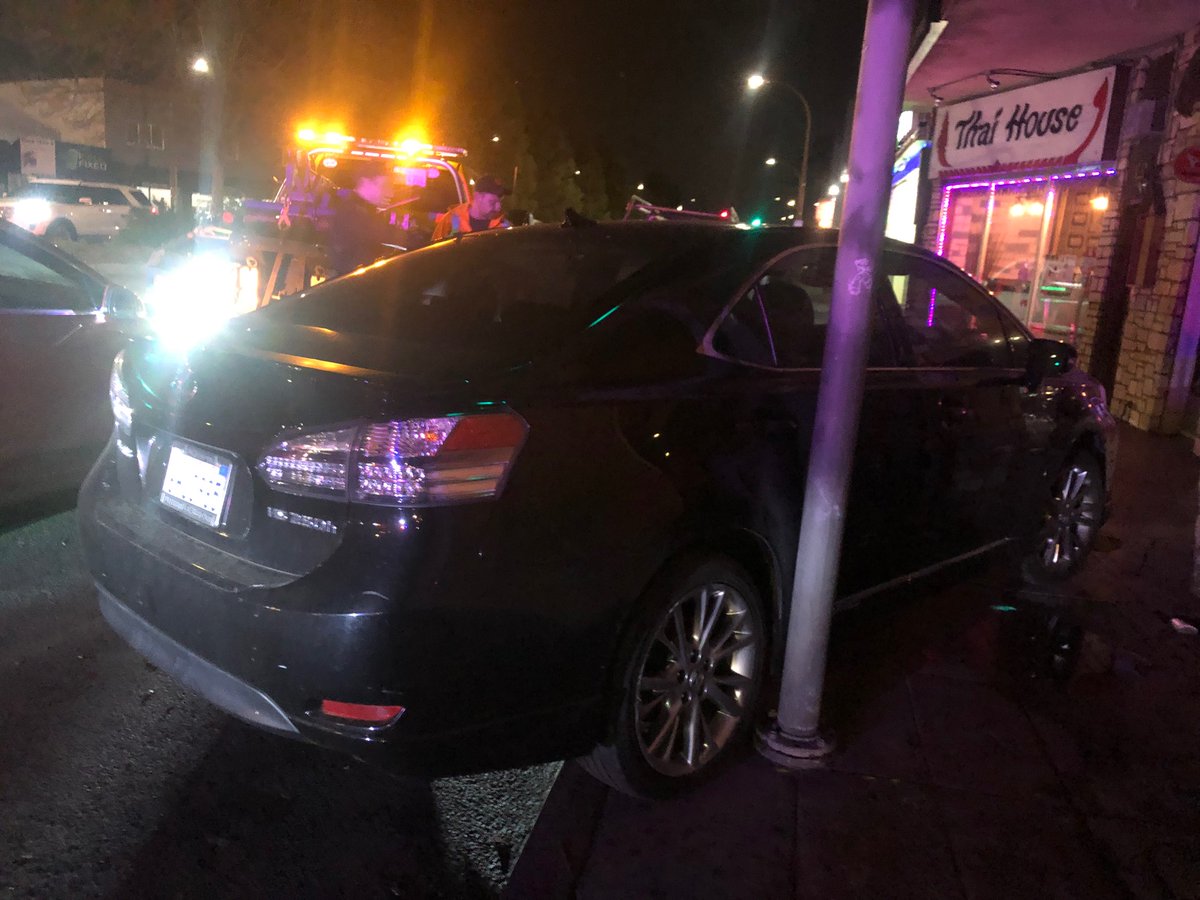 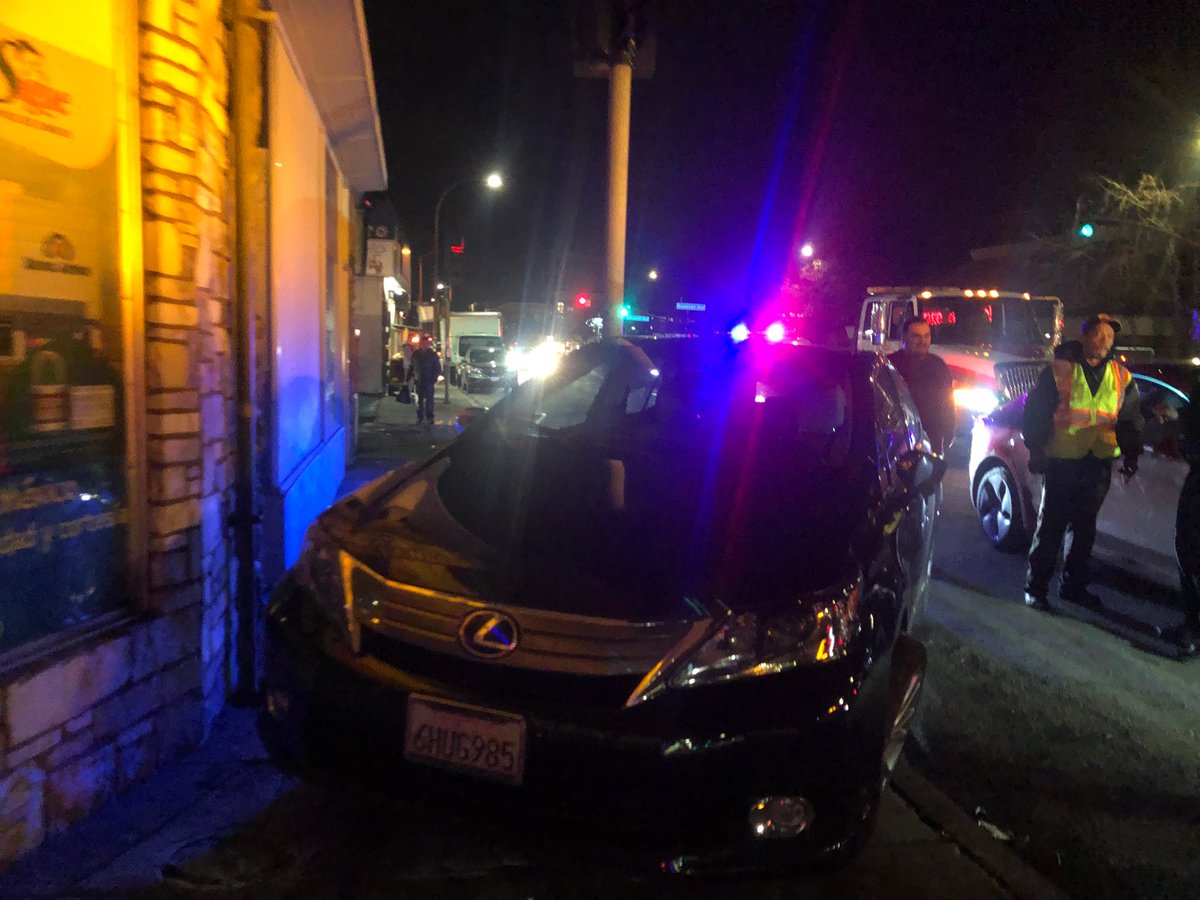 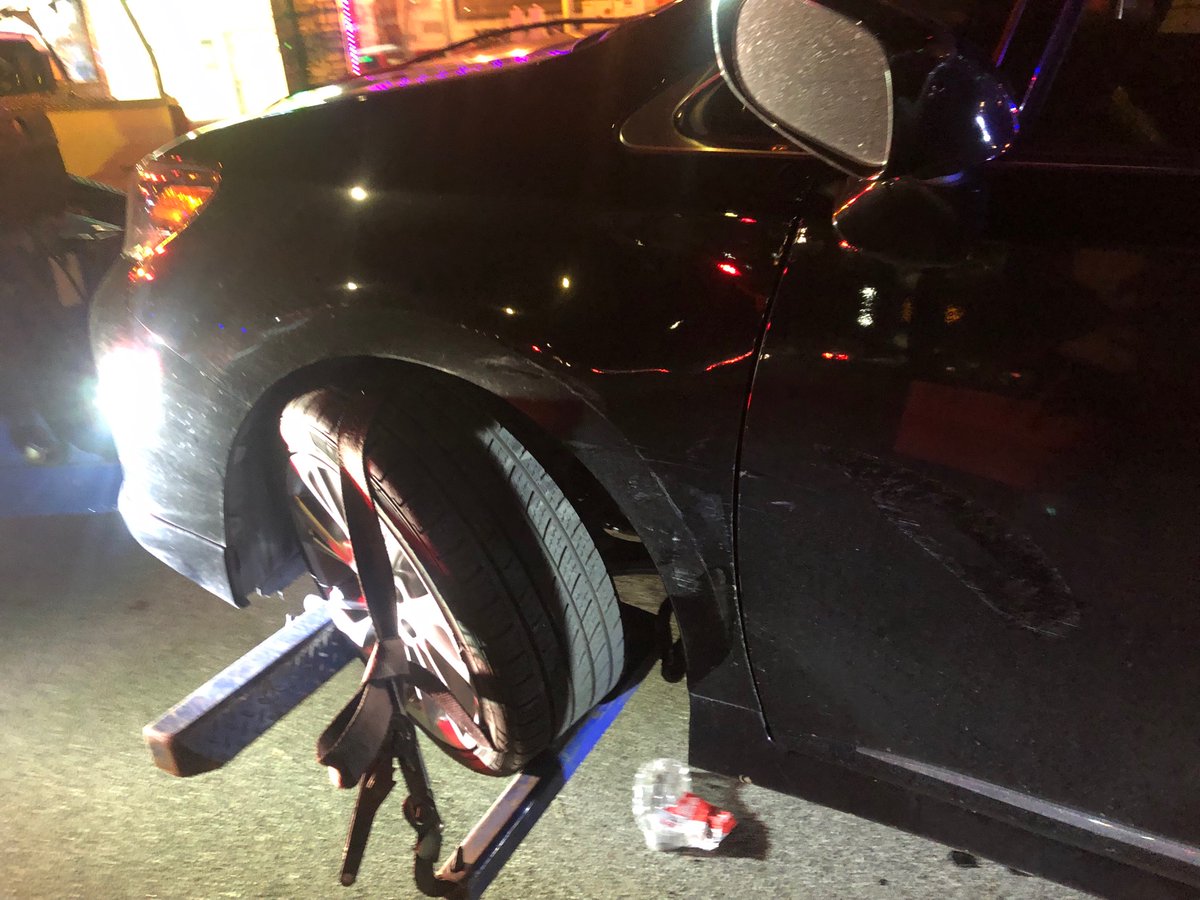 The CAR lost control??? I thought the driver is responsible for control.

I know teslas have qc and water issues but that had to be a serious puddle to rip that bumper off like that.

It’s not an isolated incident. @jeisensc has posted several others previously that had the same problem.

The CAR lost control??? I thought the driver is responsible for control.

They are. One problem with the Auto Pilot branding.

I know teslas have qc and water issues but that had to be a serious puddle to rip that bumper off like that.

Nope this is a pretty well known problem with Model 3s built in Q2 on 2019.

Not the same issue but this is oddly satisfying:

You don’t have to convince me. I already know teslas are crap quality controlled/designed. Making cars is really complicated. Tesla hasn’t ironed it all out yet. Which is why I don’t expect them to survive. They’ve been living off investor and government money

Tesla is still learning how to build cars on a mass scale and they have come a long way. There is a significant difference in built quality between the original roadster, Model S/X, early Model 3 cars and recent build cars. Model Y supposedly will have a lot of lessons learned implemented over the Model 3 making the body design less alignment/fitment issue prone, also making the repairs easier/cheaper.

Now let’s flip the coin, Toyota has been making cars on a mass scale for decades now. Here is couple of Toyota news/comments that I have seen recently:

Toyota and Lexus Recall Cars That Can Stall Abruptly While Driving

Consumer Reports shares details of the Toyota and Lexus recall of about 696,000 vehicles. The cars could stall while driving due to a faulty fuel pump. Vehicles from the 2018 and 2019 model years are included in the recall

Problems can happen with even the best of the legacy manufacturers so no reason for me to think Tesla will fail because their cars are not problem-free. Why I think Tesla will survive is because of this: 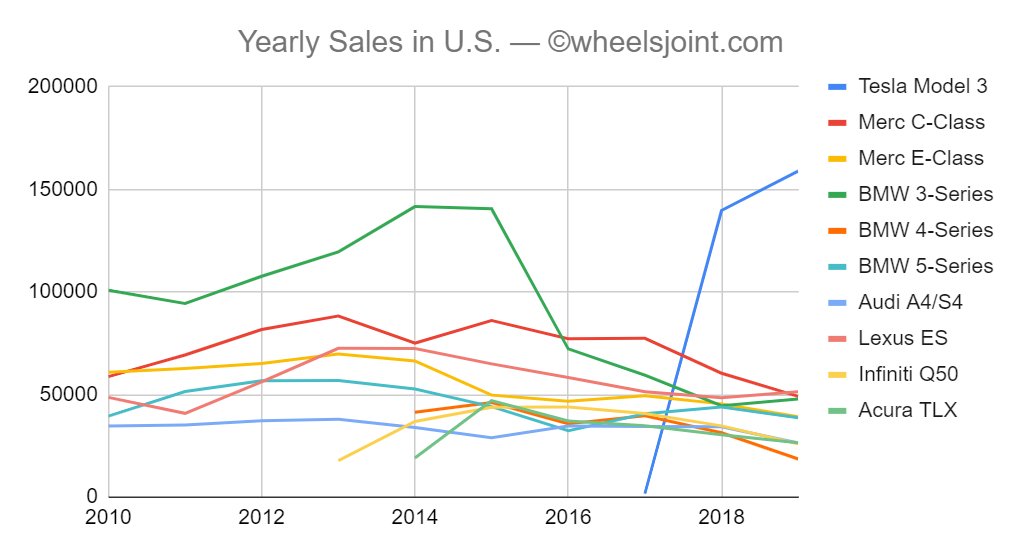 It’s the car that keeps on getting better. Built-in weight reduction!

Not another day without some sort of tesla update. More frequent updates than the tesla sites.

It’s an over the air update.

I thought it was over water…


Those bonehead Tesla investors will never learn, they are all going bankrupt!