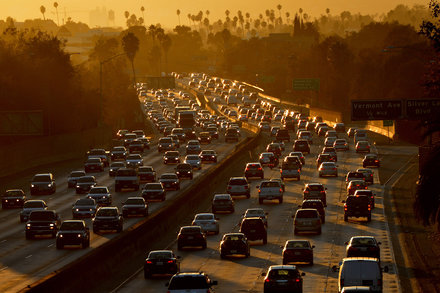 What else is new…

The big question is, does this hurt BEV development/sales outside of CA.

Can’t wait till we are back at 2 specs for California vehicles and the rest of the country.

No they want the same rules to all states to work around it. I mean with so many people and money, it would be the ultimate f you to set standards so high to dare automakers not to come into the state. Ultimate game of chicken

The Trump administration is pushing ahead with its plan to unravel the most effective federal regulation for fighting climate change — aggressive fuel economy standards. The plan includes revoking California's authority to set its own emissions... 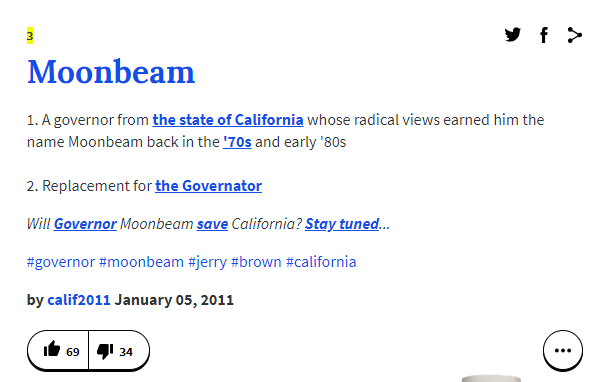 With respect to our current governing body, I am just speechless. There is really nothing more that can be said, that has not been said already.

It is interesting to note that apparently states rights are not important to our leadership when it doesn’t help get their cause.

I think what really gets me above all else, is the meanness behind these programs that are being instituted, and how they hurt our own citizens. I just hope Karma actually exists…

This more than likely will end up in a battle with some sort of middle ground compromise, costing the taxpayer more money that it doesn’t have. Isn’t bureaucracy great?

Hope they can tie it up long enough to kill it through a different administration.

If he’s not going through congress and just swiping a pen, it can be redone by the next crook.

Alright back to looking at Volts, this makes baby jesus shed a tear.

The real problem I have is how this is coming from the EPA, which is supposed to “protect human health and the environment.” Granted the head of EPA is just Trump’s lackey, but this is outrageous.

Granted the head of EPA is just Trump’s lackey

You answered your own question

I can’t tell you how many articles I have read that explain just how strong our institutions are and how we could never be overthrown.

No one realized that someone could be brash enough to do it from within. That right there, regardless of how you feel about “him” is amazing.

The only question in my mind, at this point, is how far “him” get’s.

Now just relax a bit. Just having the freedom to say what you want, protesting, and howling at the sky is kind of a good counterpoint to the opinion that we live in a dictatorship. Are you saying everyone, wants the EPA standards that President Obama passed? In 2 or 6 years we can go back to your way guys. Plus democratic lobbyist and politicians made out like bandits on the green tech stuff. Time for republicans to make some money. Its the way this cycle works. Wake up and realize we the people are the fools fighting here for peanuts while both sides get rich. Idolize these politicians like they are a religion.

I am not sure who this is directed to, or if it is a general comment. Just so you know, I am not a fan of any of the rules imposed by the EPA.

I have spent countless hours (probably in the thousands) over the past 5 years, along with everyone else in the company I work for trying to comply.

I spent 30M replacing an entire fleet of perfectly good vehicles to be in compliance with the 2010 EPA standard. It’s a bureaucratic nightmare. But that doesn’t mean it is not necessary.

My point was in regards to what he is doing, and how he is doing it. Which, in my opinion, is pretty fucking scandalous. I always though our institutions, like em or hate em, were “uncrackable”. I was sorely mistaken.

At the end of the day, this guy will be gone in 2 to 6 years, and it WILL be put back right where it was before, and worse. Who profits, as you mentioned, will be about the only thing that changes. It is really unfortunate that people with differing ideas in that political cesspool, can’t find a way to get to common ground, without screwing over 98% of the population. Government is meant to serve the people, not profit off of them…

Just general comment really man. Directed at nobody really. I am in the minority here i guess so saying my piece.

Totally get it. Government is just a cluster!@#$ of inconvenience. That will never change. What I wish would change is their ability to actually get something done in a way that doesn’t hurt the majority of their constituents.

As long as money and power are mixed, we don’t stand a chance. Doesn’t matter if it is Trump, Obama, or some other clown in a suit. its all the same in the end, we bend over, they insert.

we bend over, they insert.

Hopefully they spit first at least.