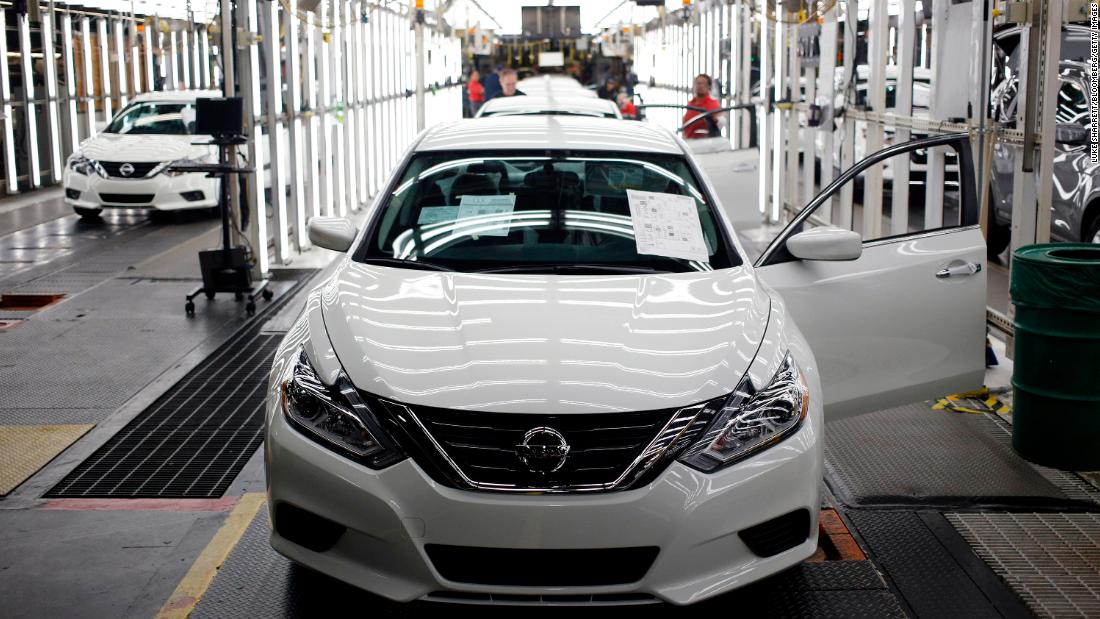 Nissan is cutting 12,500 jobs as it slashes global production capacity in response to a collapse in profits and a slump in vehicle sales.

Uh-oh, you’re gonna trigger your Russian friend @dmitry. Not sure if you’re aware, but the Altima is the best car ever made by mankind.

Am i the only one who thinks they have only been surviving on fleet sales for a while now?

I was literally just typing “maybe they should stop building rental cars.”

I particularly enjoyed this review of the, ahem, semi-modern 370Z

Article makes no sense. A 99% profit loss is not possible.

I am not triggered. Keep trying.

And they just keep doubling down on their crappiness! Oh, the CVT sucks and is unreliable? Let’s put it in ALL OUR CARS! Nobody is buying the Juke? Let’s make a smaller version and give it an even stupider name (kicks)!

Your grasp on mathematics is tenuous on a good day.

That. And they need to get rid of the stupid CVT transmission at least on the V6 models. They crushed the Maxima line up ever since they switched out.
They need to chop off the Titan as well.

I thought the ancient…er, I mean mature q50 was the best?

It’s a shame because they were pumping out decent cars, at least until halfway through the 2000’s. This last decade has not been good to them. But you make your bed, then you have to lay in it.

I get if you are brand loyal and there is nothing wrong with that, but you can not deny the fact that even a normal not so automotive industry follower can note that for the past decade, Nissan has only been loading up on fleet business as much as they can.

hey were pumping out decent cars

And fifteen years later, they’re pumping out the exact same cars, with a few exceptions.

Agreed. I’m a fan of the Z cars, and the Sentra up till 2006 was a decent compact car. Had a glimmer of hope with the iDx concept … but that apparently wasn’t crappy enough to fit their lineup.

Oh no. Not even close to the exact same cars. Heavier, slower, and poorer build quality. Not to mention way worse styling. Honestly, if they could have stopped making any updates at all years ago and they’d be better off, IMHO.

You probably mean how their platforms are ancient, and I agree, but that’s only part of the problem.

The Armada before current was on the market for two whole decades, I swear. Even the new one is an Infiniti QX design from 2010.

I thought it was the Rogue. I see those things everywhere.

As a side note, can I say that the current Toyota Sequoia has been available since 2006. SUVs are hot too, not sure what goes on at Japanese board meetings.