Not at all. If you’re familiar with current ignition interlock devices/laws, you’d know that they are only utilized under court order for first time or multiple time offenders, depending on state.

The provision doesn’t lay out the exact technologies NHTSA should explore other than to say the final product should “passively monitor” a driver to “accurately identify” whether they can drive their car safely. If the agency doesn’t finalize a set of rules within 10 years, it will have to detail the hurdles it encountered in a report to Congress. While I used ignition interlocks as an example of something that is currently in use, I doubt that is something that would be defined as “passive.”

While not necessarily directed at you, I’ll never understand why people get upset about these things. Plenty of safety features in cars have been mandated (seat belts, abs, backup cameras). If the technology is there to help “passively” eliminate drunk driving, something that has the potential to dramatically impact other innocent drivers on our roads, why not explore it?

It’s like the famous quote, “The right to swing my fist ends where the other man’s nose begins.”

Here are a couple of things wrong with this:

As someone who actually works in this space, your response is pretty generalized and not exactly correct.

Yeah. I’m gonna say nah, bro to this one using current tech at least until we can get legal adaptive high beams without having to code for them.

Perhaps if it were integrated with a mode that takes over driving for you to your destination (FSD city streets) at a point where it is technologically mature enough to do so.

And none of it has anything to do with drunk driving. This is pure definition of shoving something into a bill that doesn’t belong there.

your number 3 is the standard, “but think of the children” bullshit that is designed to elicit an emotional response without putting any thought into it. At the same time we could have better brake lights, better headlights, better side view mirror systems tomorrow, but let’s all spend time on money on something that’s not doable with current state of technology.

I don’t disagree with you, but also don’t think it’s mutually exclusive.

If you read one of my earlier responses, I specifically said that ignition interlock devices aren’t “passive.” I’m just pointing out that certain technology already exists and that we’re not going to develop new technology without research and funding. It’s pretty simple.

Roadway safety doesn’t have anything to do with drunk driving?? That’s an interesting take.

Tough to argue with a mindset that thinks trying to prevent something that kills thousands of people a year is a “waste of resources.” I’m sure you wouldn’t think like that if you were a victim of a drunk driver. Also, I don’t disagree with your sentiment about having better break lights, headlights, other safety components, etc. But again, those things aren’t mutually exclusive. They can all be bettered.

I get that you like to be argumentative, which is probably why no one on this forum seems to like you, but your response just seems pretty narrow minded. I’m certainly not interested in going back and forth with you, we’ve all seen how that’s turned out with you on other threads, pretty pointless. I think it’s pretty obvious to see, we have a difference of opinions on this topic. All good.

I’m just pointing out that certain technology already exists and that we’re not going to develop new technology with research and funding.

Planes exist, why aren’t cars flying? Let’s put research into that, no roads, no road collisions. Simple right? Or let’s dump the same amount of money into autonomous driving research, If noone is driving everyone can be drunk all the time? Or let’s research why we can’t have mass transit that works? that will take a ton of cars off the road. All of these will be a better time spend than a waste of time and money that is being proposed.

Tough to argue with a mindset that thinks trying to prevent something that kills thousands of people a year is a “waste of resources.”

THINK OF THE CHILDREN!!! OH THE HUMANITY!!!

You are all but admitting that there is no technology to research and defending your position from emotional standpoint. To be clear this is not a pro-drunk driving argument, this is an anti-money wasting argument. In order to get any research grant you have to make a proposal of what you are planning to reasearch, as in a goal you are trying to achieve and by what means, what is happening here is basically a blank check to waste government resources for a few years only to come back with something idiotic, or most likely “after all the research we have concluded that techonology is currently not available, please don’t ask us about what we did with all that money”

I get that you like to be argumentative, which is probably why no one on this forum seems to like you, but your response just seems pretty narrow minded.

As you may have guessed, I’m not in it for a popularity contest. If my response is narrow minded, I’m not even sure what to call yours as at least mine has an argument that makes sense, your counterpoint is non-existent and resorts to a playground insult of “noone likes you, HA-HA, I win!”.

I had our escalade pull over on the highway when I first got it, because I was too stupid to figure out how to get the car to realize that I have control over it when supercruise turned itself off.

This technology exists today and needs to be heavily improved. There is no point on focusing on how a drunk driver shouldn’t be able to turn on a car, the focus should be on how the car reacts when it detects a issue with the driver.

Again, I view it pointless to have a conversation with you. I think your arguments are nonsensical, you think mine are, no point in continuing the back and forth.

Both of those issues are continuing to be developed and researched.

Just to be clear I don’t think your arguments are “nonsensical”, I think you don’t have one. Show me the technology to determine BAC without breathalizer or blood test and let’s talk about how to integrate it into a car. You keep saying these are being researched, where? And how does that apply to NHTSA?
NHTSA can investigate integrating existing technology into driving, not come up with that tech. So what is NHTSA is encouraged to do here? Integrated non-existing political points into every car?

Talking out of your ass is not an argument, it’s just making fart noises.

That’s the whole point of it. Researching how to improve something that exists and creating standards around it so all the systems have to perform in a certain way, great idea, absolutely go for it.

Trying to force research into something that’s not currently doable while distracting from things that can be implemented for the sake of a photo op, is ridiculous.

If remote alcohol and drug detection was possible, Amazon warehouses would be full of it as an additional metric to terrorize employees. So let companies that have to deal with breathalizers figure out how to do it by other means, and then NHTSA can figure out how to shove it into cars.

Nowhere did I say that there is currently technology to determine BAC without breathalyzer or blood test. They’re proposing funding to research and potentially develop these kind of things. Do you think all new technology just materializes out of thin air???

You’re asking what roadway safety has to do with the National Highway Traffic Safety Administration? Interesting…

I get you think that this is political/waste of money, that’s your viewpoint. Again, your proving why I think it’s pointless to have this conversation with you. All good.

Trying to eliminate something, which is preventable in the first place, that kills thousands of people a year is a “waste of resources?”

This is a strawman argument.

The argument here isn’t against an investment in technology that detects drunk driving.

The argument here is that inclusion of a boondoggle into an infrastructure bill isn’t an investment in technology that detects drunk driving. It’s lighting money on fire in the name of trying to eliminate something that kills thousands of people without actually offering a direct path to doing so. As someone that is passionate about this topic, this implementation is the sort of thing that you should be against rather than for if you want technology to detect and prevent drunk driving to actually exist.

Now, we can debate the validity of that argument, but right now, you two aren’t even talking about the same thing.

I just don’t agree with this sentiment. I think there are plenty of things, not exclusive to this, that are funded and researched with a narrowly defined end goal but that don’t currently have clear cut solutions. Obviously the end goal is to eliminate drunk driving deaths, I think the path forward could be a multitude of things. I think you could say the same thing about cancer research, etc.

this is what you just said: 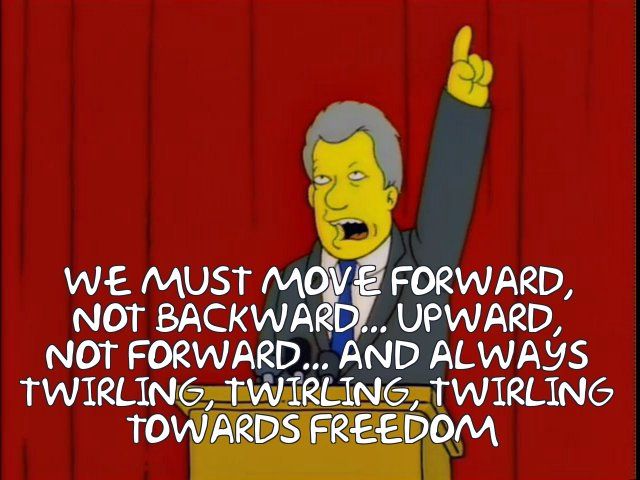 or possibly even better summarized by

It’s really difficult for you to comprehend things, isn’t it?

I’m not saying that researches are just lighting money on fire with no potential leads or advances. I’m saying there isn’t a clear cut solution at this point.

Is there a cure for cancer? No. Does that mean cancer researches are not getting funding to research any potential solutions or breakthrough advances? Of course not.

Again, technology and breakthroughs in other areas don’t materialize out of thin air.

I just don’t agree with this sentiment

That’s fine. If you want to debate the validity of that, by all means. At least then you’re debating the same topic though rather than the “well, you just don’t care about children and want to let people drive drunk” debate.

I’ve seen way too many times where there has been a sweetheart provision slipped into large bills like this that have nebulous, poorly defined goals to go and “study” a topic. It never seems to end up anywhere.

There is a time and place for low TRL development of concepts and white papers for addressing challenges. This sort of funding avenue isn’t path to success for those, at least in what I have seen.