Interesting stuff. Clarkson’s viewpoint has always been based.
I don’t think this has been shared on LH yet. In case you didn’t catch it, it’s worth a read for sure.

The Clarkson Review: BMW M3 Competition
Thanks to BMW, I’ve been having a field day

It makes me sad when people say that electrical cars can be fun, because of course they can’t. Take away the sound of internal combustion and the vibration and the weird torque characteristics, and you’re left with something that’s not even on nodding terms with the concept of fun.

And then there’s this: a microwave oven will bake a potato in five minutes and that’s very clever, but the end result will be nowhere near as satisfying as something that’s been in the Aga for two hours.
There are many people in my line of work who think that electrical cars can be enjoyed by enthusiasts just as much as those that use petrol to move about. They are wrong. Because when we are forced by law to drive around in glorified milk floats, we will simply buy whatever gives us the greatest range or the best value. Cars will become wheeled fridge freezers. Tools. And the spirit of the car, its core, will be dead.

Don’t believe me? OK, watch that car chase in Bullittwith the sound turned off.

And there’s more. Last weekend, an old mate who runs a company called Prodrive called round with a car he’d made. Financed by the Bahraini royal family and built in Banbury, it was a huge and ungainly looking thing that had come fifth in this year’s Dakar rally. Next year it will probably win it, and after that there will be versions for the army and, better still, models you can buy. If you have £750,000 lying around. And a desert to use it in. I don’t have a desert but I do have a farm and so last Saturday I was to be found several feet in the air going “yeehah” a lot.

Powered by the same turbocharged V6 they use in the Ford GT, it’s not the fastest car in the world, but it will happily sit at 112mph, all day, while going across Saudi Arabia’s barren and bumpy interior. So it can easily soak up the worst bits of Oxfordshire and it did, while sideways and with a fat man in the driver’s seat, grinning.
Doubtless I was in contravention of many soil compaction regulations, but it was just so liberating to be out there power sliding round the winter wheat in an orgy of free thinking and optimism and fun. To be driving for the sheer joy of driving. And changing gear for the aural reward.

A millennial or a snowflake would claim, if they saw this enormous monster tearing by, that I was a climate change denier. And there’d be no point explaining that a new version designed to run on hydrogen is in the pipeline because they wouldn’t listen. They don’t listen. Because it’s their right to live in a world where everyone agrees with everyone else and nothing noisy ever happens.

All of which brings me on to the new BMW M3 Competition. There must be a sense in the back rooms of the world’s car companies that there’s no point going the extra mile in the development of superfast sports saloons because the end is nigh. It’d be like completely reworking a Nigel Gresley Pacific, just before the Deltic came along.*
In fact we can already see the writing on the wall because BMW will not be selling the ordinary M3 in Britain, just the “Competition” version. And no manual gearbox is on offer either. It seems then that the new M3 is a teatime bun, just something to fill a gap until the reaper arrives.

They haven’t even been very sensible with the price. Someone at a meeting just went “seventy-five grand?” And everyone just nodded and went back to skimming through TikTok.

But wait, what’s this? The twin-turbocharged straight-six engine is broadly the same as it was but almost all of the internals are bigger and stronger and more racy. This means 60 more horsepowers than you got in the old model, and 73 more torques.

There’s a whole new styling direction too, with a Pontiac-style nose and a grille so large you could go on holiday in it. The whole car’s bigger too, noticeably so, but the essence of M3 is still very much in evidence. There’s a sense that the body has been stretched to fit over the wheels, which incidentally are now bigger at the back than they are at the front. This, you start to realise, is not a coffee-break car that was half-heartedly thrown together on the back of a *** packet.

And then you step inside, where you are greeted with new seats — the best I’ve ever sat in. They’re even better than the ones in a Renault Fuego turbo. And a whole new dash that does all sorts of new things. Like, for example, you can set the rules for your air conditioning system. And how German is that.

There is also a device that measures and then rates your drift. Seriously, you power-slide round a bend and it will give you marks. Not sure this sort of thing is, or should be, legal, but it’s a hoot to know it’s there. And a hoot to know that absolutely every single person who uses it will — moments after saying to their passenger “Right, watch this” — definitely get a ride in an air ambulance.

That’s the thing about skidding on purpose. You can get away with it once, or twice, or maybe even two hundred times. But eventually you’re going out in a blaze of splintering sounds and swear words.
It may, however, be five hundred times in the M3 because, ooh, this is a fine-handling car. I didn’t much care for the steering set-up on the previous model — it worked well only in “comfort” mode — but much work has been done in the new version and it’s sublime. As is the grip. And what happens when that grip is breached.
Maybe, just maybe, the gearbox is slower than the old flappy paddle manual but you have to be paying attention to notice. The thing about five hundred horsepower, though, is it has the ability to mask these things. And it does. Beautifully.

This is one of those cars, like the Alfa Romeo Giulia Quadrifoglio, that just glides from corner to corner on what feels like a wave of telepathy and poise and pit-of-the-stomach excitement. It’s balletic.
And comforting, because it means that BMW’s engineers are not going to sit through their final days shrugging and reminiscing. They want to go out in a blaze of glory. We can only hope other carmakers do the same thing, and that before they’re all made to work for Zanussi’s automotive division making stuff to fill the windows at Currys, they remind us all why it was they wanted to be car engineers in the first place.

*Only James May would understand this

I didn’t get passed the first sentence and I agree haha…his review of the Giulia Quad is by far one my favorites of all time.

Interesting stuff. Clarkson’s viewpoint has always been based. 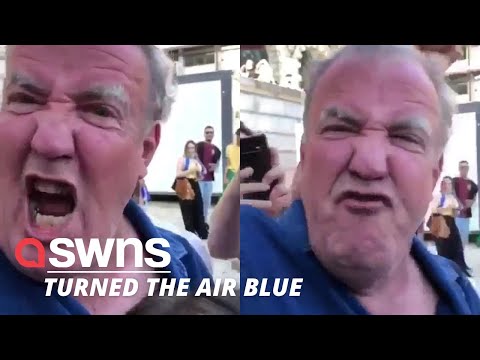