I wonder how many of these will be running around as rental cars in not so distant future.

I think you have to separate car prices and truck prices. Car prices haven’t really changes that much relative to inflation. But trucks and SUVs… With the average F-150 selling for (not MSRP but sales price) for 47k and pretty much every non luxury brands comparable midsize crossover vehicle topping out around 50k, it certainly doesn’t seem weird that a luxury brand would price a top trim three row SUV above 70k. If they did otherwise there would be far too small of a price delta between the brands non luxury three row crossover and their luxury three row crossover.

It’s easy to forget on this forum that not every OEM pursues leasing as a way to push volume or gain market share.

Last I checked Hyundai’s % of customers who leased was in the 20s while BMW, Mercedes, Lexus and Infiniti were 50-60+

It’s all about context, for Kia/Hyundai this could be seen as a failure. Of all the luxury brands more people are willing to buy Lexus for long term use versus leasing. They are sometimes seen as boring but to this day their cars are still the benchmark when it comes to long term reliability, low ownership cost as well as high resale value.

I would never buy a Kia/Hyundai for longterm use since they are nothing like a typical Toyota. Furthermore their cars are disposable since they have very poor resale values. 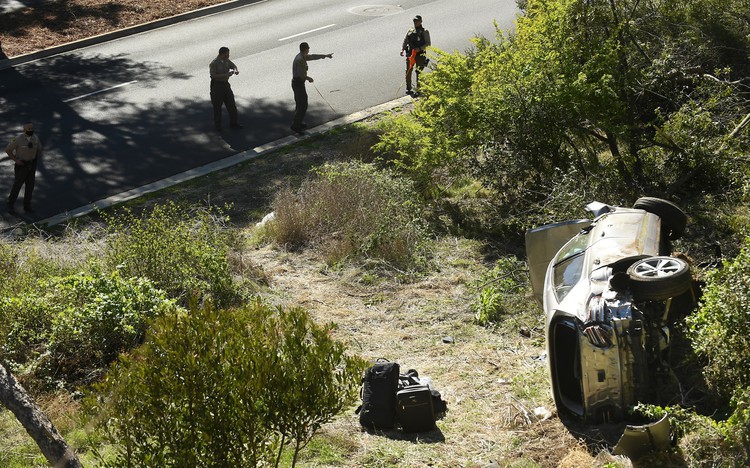 Tiger Woods 'lucky to be alive' after serious rollover crash in Rancho Palos...

Tiger Woods' accident sends the golf star to the hospital after he was extricated from a rollover wreck near Rancho Palos Verdes.

Obviously wishing him a speedy recovery but thought the exact same thing. Police chief seemed to be shocked by how well the cabin held up… may have saved his life

Did they ever announce how fast he was flying?

They got the black box to see if that was a reckless driving.

I thought using the BB was a breach of privacy?

They have a court order

Also was it his car? It looked like it had Genesis logos on the doors, so may not even been up to him to allow the use of the blackbox since the law say owner and not driver.

Also was it his car? It looked like it had Genesis logos on the doors

No it’s an official PGA car. Genesis sponsors the PGA tour. I pay attention to the ATL and FL market. Every year, the Atlanta Genesis dealer supplies some G90s or whatever is the latest model for the tour when they are in town - cars that golfers and tournament people to use. They get Vinyl Genesis and PGA decals, then are sold as demos and AFAIK are leasable.

Think UDE but with more Arnold Palmers, back pain, and less burnt rubber, joyrides, and autocross. As @Carfuffle said. The judge allowed because there were no skid marks.

GV70 looking niiiicceee. I also love that they offer a different steering wheel other than that god awful one you’re forced to have on the GV80.

Tiger Woods was speeding as fast as 87 mph before car crash, cops say

Tiger Woods was speeding as fast as 87 mph, or more than 45 mph faster than the legal speed limit, before his SUV crashed in late February in southern California.

Police said they will not issue a citation for Woods, who is currently recovering at his home in Florida.

I know there are some saying that somehow he received a special or preferential treatment any, any of some kind, that is absolutely false,” Villanueva said.

He didn’t get special treatment.
He got the ‘we don’t have jack to pin on you and you will get a lawyer to prove that’ rule.

They know that he will get off and they would’ve wasted a ton of time / money to appease the press.

Now this here is a great example of privilege in America

I’d hope we can all agree that we don’t want to go down the slope of black box data being used to cite people for speeding. And the report said there was no evidence of impairment or reckless driving.

Real privilege is that Gemballa Porsche guy who was on camera having collided with multiple cars while speeding and was never charged for recklessness or impairment.