These days I can buy a car from any dealer in the country. How in the world are Florida dealers getting away with ridiculous leases? I priced two vehicles today that are notoriously poor leases, an Audi and a Volvo, and while I fully expected the lease to be bad… I didn’t expect it to be cheaper to purchase the vehicles! I don’t get it… don’t the manufacturers understand how bad it hurts their brand to have dealers try to pull this crap? Thanks for allowing me to vent!..

notoriously poor leases, an Audi and a Volvo

Funny, I just received a mailer today touting $3,750 in cash incentives on the S90. Great looking car just not sure about its 4-cylinder engine navigating the S Florida highways.

Yeah, still “huh”. It’s your FL dealers, not Volvo. Like @BoardWalkNJ said - you get no discount. Just search what deals others get, and Volvo always had decent leases. Audi is a different story.

Florida is pretty flat, what bothers you about 4 cyl turbo?

My 2016 XC90 T6 awd R does very well navigating around Miami, plenty of power and I don’t ever use the Dynamic mode which really makes it sporty.

Yeah, how can the 316 hp 2.0 liter 4-cylinder T6 can be not enough for highway driving? Or any driving, for that matter.

I was referring to the T5, I’m sure the extra horse power on the T6 gives off a different impression but unfortunately that’s out of my budget.

T6 actually leases better, so you may get one instead.

Ursus thanks for that info, I’m anxious to get out of my A6 but would like to make a more knowledgeable decision this time around. I’ve been stalking the forum here for the past few months and have pretty much come to the conclusion that 1) FL dealers aren’t the most aggressive and 2)as much as I like my Audi it’s never going to get me a great deal.

Any thoughts on the Lexus GS350? Wife has the GX and I was wondering how the GS lease compares.

Can only tell you about S90 - there is at least one guy here who got a great deal in FL.

Paging @DNJA. Think he was also shopping for an xc90. He would know which Florida dealers were ready to deal when he bought his s90.

How in the world are Florida dealers getting away with ridiculous leases?

I can only speak for S. FL but this should sum it up for you:

a)
because there are so many “flashy” people in FL that only care about the looking rich, live in a trailer but drive a benz type of thing

b)
the next “idiot” walking through the door is going to pay full price, they don’t care to give much of a discount. Enough people around that will just pay it

looking rich, live in a trailer 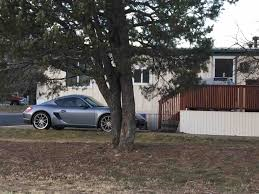 This is my other car 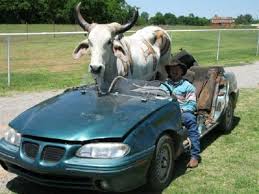 So I did get a pretty solid deal on an S90 and XC90 in SoFlo. It took some time a day work and a bit of frustration. Ultimately I found that waiting till end of the month is really the best, if not only way to negotiate with the dealers down here. I negotiated most everything over email, I did have to make one phone call but I think that was just kind of a vetting process to make sure I was serious. I did send emails to pretty much every dealer from I4 down south and most made it seem like they were doing me a favor selling me a car.

I ultimately got my best deal at Gunther Coconut Creek @Armand9601 I’ll DM you the contact info of the guys that I worked with there. When I was negotiating final price I had it down to north Miami and Gunther. When talking to the the GM at North Miami I told him the price I needed him to beat and he said he knew I was talking with Gunther because he couldn’t match their price (don’t know if it’s true or not but with both the XC90 and S90 they couldn’t even match Gunthers price).

Ultimately I think with the dealers here is really does mean waiting till the end of the month. Start opening lines of communication maybe a week or so before and make sure you know all the details/rebates/rates. I know some people here say to know and have every cost listed out but I took a different approach. I knew what I wanted and what everything was so I just said I want to pay X amount at signing and Y amount each month for ABC term, beyond that I don’t care how you structure the numbers.

Oh real quick, the T6 had more than enough power for FL driving IMO. The T5 has good initial acceleration but struggles top end because it only has the turbo and no supercharger. But note this isn’t a car that handles like a sports car is a luxury ride and drives as such.

@deano I am with you. I am in South Fla also. In the past I have been able to get some great deals. Lately coming up empty. I have used some brokers in the past. Nobody I would recommend. A few yrs ago I got a sharp deal on Lexus GS350. That car to me was really an ordinary car anyway. But the price was right with MSDS. I hate Lexus FInancial , they are the worst leasing company. The car buyers/lease buyers are idiots. They buy on monthly payment. They have no clue what a good deal is. My business partner a complete idiot leases Fords with low residuals because his wife thought the car was cool. WHAT?

LOL Gunter quoted me high and the dealership is stuck in the back lot with no cars LOL. What kind of deal did you get? I live 1 mile away from them. Considering they have little walk in business. I cant get A plus pricing. Appreciate any info because I am in the market now.

Had a base t5 s90 rental car for a week and a half in FL traveling from Tampa bay, Orlando, Miami, key West and back. Was certainly more than adequate power