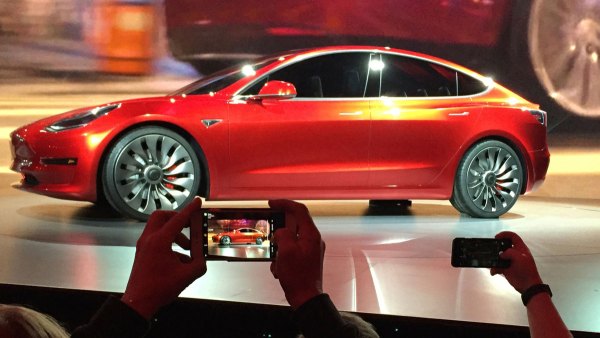 Looks like Cali is going to try and be all electric with new cars starting 2035. Let’s see how this works out.

Damn @Taylor you’re quick I wanted to post this lol.

It’ll be interesting to see the impact this has on other states. Not surprised to see California lead the way, in typical fashion. Need to enjoy the exhaust notes while we can

Should be interesting. Imagine a post RBG SCOTUS will say no to this if EPA opposes it and federal law doesn’t explicitly give CA the ability to do this.

If I were California, I would probably attempt to do this through taxation which is less controversial and could raise some revenue. Just charge 5k tax per liter of engine displacement.

Or you could stop politicians from passing unconstitutional legislation while pandering to liberal elitists that use more resources in a month then most people use in a lifetime.

Whatever you think about this law, historically states have had near complete ability to regulate and tax domestically registered automobiles. Does SCOTUS have the right to tell Virginia their car tax is unconstitutional?

Just a quick aside: in the UK new gas and diesel cars will be banned from 2030. It was originally 2035 but this week the ban was brought forward 5 years.

Good. It’s time for the hegemony of the oil industry to face the music. This has tons of positive impacts not only environmentally but also geopolitically. Bring on better and better EVs!

I love being an outsider in the US, the irony of US politics is hilarious.

“We need states to be independent to prevent Federal overreach”

As well as burning coal for electricity. And mining rare earth with child labor.

If I were California, I would probably attempt to do this through taxation which is less controversial and could raise some revenue.

Same except instead of just a tax, implement through the registration fee (which some people already think has a comma in it) so it’s an annual event.

15 years seems like a long time, until you remember Cash for Clunkers was 12 years ago

Just imagine California went all green. They can barely keep the lights on right now during heat waves. Just wait till everyone is charging electric cars at home. Rolling blackouts for days.

“Free” Tesla solar panels for everyone.

Aside from politics, state of California still operates 2 coal-fired power plants outside CA and several other gas-fired plants. With the only nuclear power plant phasing out, I’m not very optimistic on renewable energy filling up the gap, not to say the the giant void of converting all consumer vehicles into EVs in short time. It would be quite a hypocrisy if CA increases importing electricity that’s generated out of state via fossil fuel firing. But again, EVs using modern gas-fired plant generated electricity still post a smaller carbon footprint.

Political wise, how does an EO stay effective, say for the new governor? Is there any continuity that’s backed up by law?

It’s OK, California will probably have burned to the ground by 2025 at this rate.

The progressive in me says “good for the environment”

The capitalist in me buys more TSLA.

The realist in me says “great for used car sales!”

Even if the EO stayed, I could see some extensions being added by new governors when it gets closer. Unless they reopen the nuclear plant or find some way to provide more electricity from in the state and not rely on other states, I don’t think we would have the infrastructure to support that even happening.

Unless they reopen the nuclear plant or find some way to provide more electricity from in the state and not rely on other states, I don’t thimk we would have the infrastructure to support that even happening.

The infrastructure is a major issue here… not just in power generation but power transmission.

Fortunately, CA doesn’t have any issues with power transmission capabilities wrecking havoc on the environment there…

I can’t believe noone has commented on the potential for incredible lease deals in 4Q2034!

Disappointed in you, fellow California hackers…

I think lease support for non-EVs would disappear in CA 6-12 months ahead of this being enacted (if it is), and all incentives would flip to purchase.