Auto Lenders Have Gas in the Tank

Big auto lenders such as Ally Financial ALLY +4.92% are enjoying some historic conditions. Things may not be quite this good in the future, but it is too soon to trade in the shares.

At a time when other lenders are struggling to sustain yield and loan growth, Ally on Tuesday reported records for quarterly revenue and for the number of completed consumer auto-loan applications. It also had the best credit performance by one key measure in its 102-year history, when it began as a lending arm of General Motors Co. , with a net gain on charge-offs of 0.02 percentage points. This means that, with recovery values so high due to soaring car prices, it made money on charged-off loans.

Yields on auto leases in particular are tremendous right now since the vehicles are worth so much at the end of their terms. Auto leases generated a yield of 11.67% in the second quarter, up more than three percentage points from the first quarter and nearly triple their level a year ago.

The dilemma now for investors is how to figure out how to normalize from here. Used-car price gains will surely start to slow at some point. For now, auto-lending stocks are getting somewhat cheap on a forward price-to-earnings basis as their earnings rise even as other stocks baking in better times ahead—spending-related plays like Visa, Mastercard or American Express —are trading at relatively high multiples. A rapid return to normal might make the relatively expensive stocks look like bargains in retrospect and the cheap ones look pricier.

Still, auto lenders such as Ally might be better all-weather bets for now. For example, they would continue to benefit from tight supply, but also wouldn’t necessarily fall off too much if car lots do start to accumulate a bit more inventory when supply-chain crunches ease or used-car demand slows. That would boost loan growth to dealers and might even invite more buying by consumers. Spending-related stocks, meanwhile, won’t have as many defensive qualities if the economic recovery is tepid or is slowed by another wave of Covid-19 infections.

The worry in auto is that high yields bring in competition and tempt lenders to loosen underwriting terms and lower pricing. So far though, Ally Chief Executive Jeffrey Brown said “we probably would have expected a little bit more competition than we’re seeing.”

Ally says that it forecasts credit and used-car price trends to begin to moderate later this year and to keep doing so through 2023. It expects typical future lease yields at about half the level where they are now. But the company still carries reserves in excess of even more historically typical loss rates, and it has more than two percentage points of excess capital over its targeted minimum, leaving room for capital return. It also has been able to gather deposits at a quicker pace since the pandemic began, so it is replacing more expensive liabilities with cheap digital-banking consumer deposits.

That is enough fuel for shareholders not to worry too much about getting stranded yet. 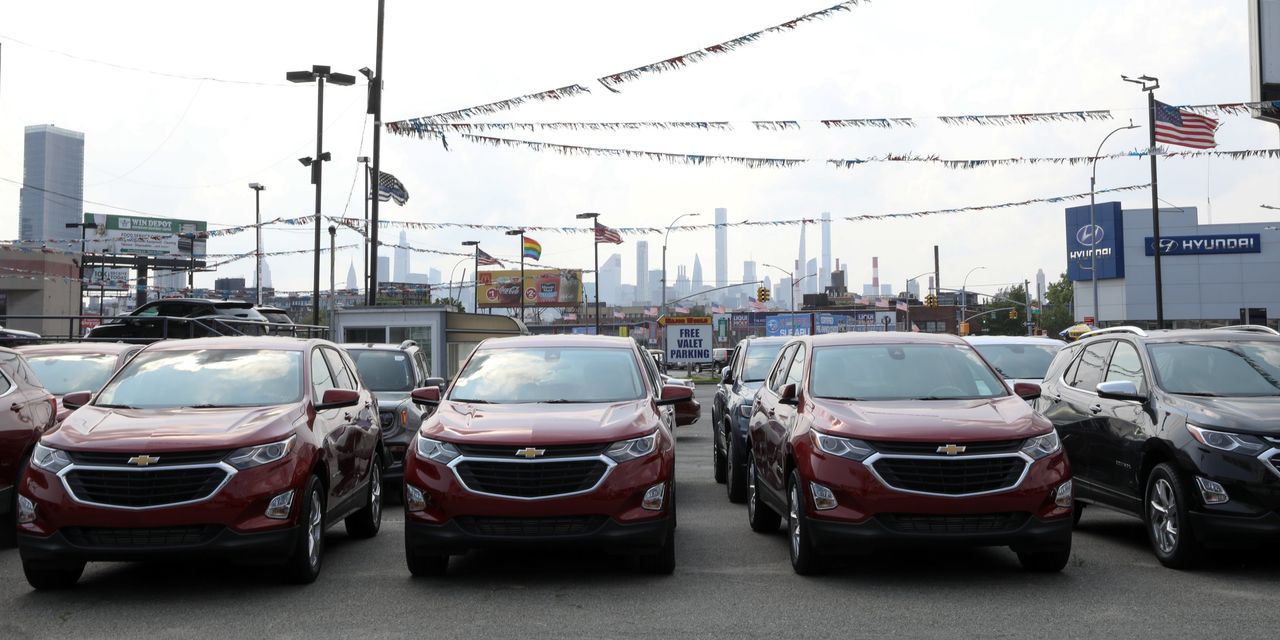 Auto Lenders Have Gas in the Tank

Used-car demand and prices might start to cool off, but big auto lenders like Ally Financial still have a lot working in their favor right now.