First time leasing, have been doing a lot of research and just want to make sure I am getting the best deal or if I should negotiate further.

Got an offer in CT:

I’ve told them I want to do 7 security deposits, but they have not given me an updated price yet with that factored in.

Thoughts so far on this deal? Do I have more room to negotiate the sale price down since it is a 2016 and they need to move these off the lot? Anything I’m missing?

Ask them for the residual and the money factor. The mf should be .00136 before the MSDs and .00087 after. If it’s higher than that, they are marking it up for extra profit.

That’s the figure (mthly lease) I have been able to get in NJ, MD for 328xi w identical options but they want 1st mth + 7 mth security deposit. The fees + tax are rolled into the monthly lease cost…

I’ve been told by edmunds I can try and negotiate a better deal on the sale price. Currently hitting up other dealers to see if they will beat $38k. Also working on getting the residual and MF from the original dealer who gave me this price.

Anything above 400 for a 3 series is criminal.Many people have posted here with 340i under 400.

I spoke to a dealer in NJ and they told me to hold off on buying a 3 series until December since they will have some great incentives to move inventory.

I don’t know too much about the 3 series but I think it’s safe to say that I would never pay $425 for your deal.

Try another dealer, I’ve seen people get it for low 200s or even high 100s 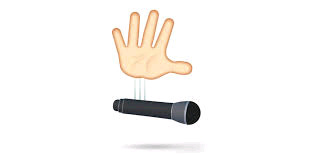 LOL sorry that was funny!

No deal. This is just a base bmw with moon roof and firmer seats. For 350 and above you need tech, premium and drive assist on a 32x series. Somebody said they got all and msport on a 340 xi demo for 350. Walk away from the dealer and they will call you in two days. End of month is near.

Nice job getting them to move to the base mf. Shop around and see if you can get a better deal elsewhere on the selling price.

Ok first off that car is gone, second that doesn’t include $599 dealer processing which if rolled in goes above $400 a month, 3rd you said “many” meaning more than 1, and 4th that is possibly the most base 340 in the country sitting on a lot (hence they can’t get rid of it and the good deal).

Long Beach BMW in CA is willing to match the offer. Just find a base 340i & show them the offer and most competitive dealers will match it.

The purpose of this illustration is to give pointers on how to evaluate a lease. USe these numbers to support your argument with the dealer. I am not making any representations as to how many 340is were lease under 400 but pointing out that it can be done, even if your local dealer looks at you like you have 2 heads.

You did make representations about how many 340s were less than $400 a month, you said “many”. But the real problem is any deal that is not the top 1/10 of 1% you deem to be crap and throw some wildly optimistic example and hyperbole out. So yes there was 1 base 340 with an msrp possibly lower than the 328 cited close to $400 a month, but that is not the norm and virtually impossible to repeat. The op can try to use it as leverage but to say any 328 more than $400 a month is “criminal” is just plain wrong and misleading as the msrp can easily crest 50k.

The 340i example was an illustration for OP, feel free to use this as a bargaining chip or ignore. I am a not a lease broker for 340i, so I really only can post what I see on this forum by saying that many people (ie two or more people) posted that they were seeing/contemplating sub 400 for 340i.

Are you seriously comparing deals on an electric car with all it’s rebates, that people lease for under $200, to a 328d? Is it me or you really have 2 heads? lol
Of course the dealer told you about different programs, what else did you expect?